In this note we tell you six life stories that take place between the aromatic herbs, the pots on the fire and the embers on the grill. 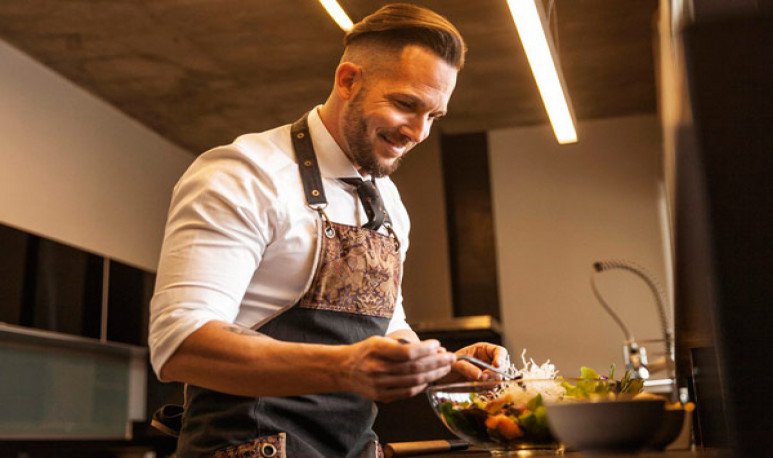 In this note we tell you the story of  six emblematic Córdoba chefs  who are constantly surprising and innovating in the world of gastronomy. Each with their specialties and entrepreneurial soul, all with  a special skill for cooking.

1. Julio Figueroa, from Siamo and Oh My Bowl!

The former head chef of  Il Gatto,  already established as an entrepreneur, also started with  a more exclusive Siamo  in Nueva Córdoba and brought to life  Oh My Bowl!   , a project that seeks to expand  healthy cooking at the same time.  In addition, he took over the kitchen of the chain (already international) Johnny B. Good, with which he was consolidating his career step by step.

The chef of La Cumbre, known for thoroughly exploiting local raw materials.  Santiago Blondel is a chef who won in 2019 the Prix Barón B Edition Cuisine with the fruits of his Cordovan garden. Throughout his career Santiago was consolidating  his gastronomic style.   Through travel, work in dependency relationships and different experiences, Blondel managed to launch his own culinary brand.

The talented chef established his restaurant from  the boutique hotel Azur Real  to Recta Martinoli 5631, undoubtedly a big bet in an imposing 300 square meter venue, in which Escalante built an important cellar.  It offers an à la carte menu and a 10-step tasting menu option . It has its own parking and is undoubtedly a gourmet air fee in an area that needs good proposals like his. He traveled around the world, was personal chef of Spanish football star Raúl and chef of the Australian national team.  Today it combines international cuisine with Cordobeses flavors  in República, a level restaurant in Villa Belgrano.

He lives on top of the mountain along with his right hand, his wife Yanina Debiaggi. His life and work happen in the winery, cottage complex and restaurant Estancia Las Cañitas, in Villa Berna. Cooking with products from Valle de Calamuchita and this year talent and teamwork together with producers in the area allowed him to be a  finalist of the first edition of the Prix de Baron B Edition Cuisine,  a national cooking tournament that  positioned him among the best in the country.

Two years ago he took over one of the hottest kitchens in the city, an emblematic restaurant for signature cuisine. Not only did he follow the  “San Honorato style”,  but also managed to  impose his seal on some essential aspects,  such as in the elaboration of dishes of a certain Spanish perfume that gained prominence. In addition, he won in the competition for the best gourmet burger in the city in 2018. He designed it in conjunction with José Picolotti, the owner of the house.

He is a self-taught chef, trained in the kitchens of  Doña Anastasia, Gran Avenida, San Honorato, Fusco, República and La Casona de Belgrano , among others. After being at the creator core of  Black Pan (the most famous foodtruck in the city).   He started a new business, the Gourmet Sandwich Shop Sale 1729, in Tejeda Street. All his enormous talent is involved in the incredible taste that his creations have between breads. There he lectures  how to innovate with style in an increasingly less creative market.