They are real gastronomic marriages. Ham and cheese or sausage and black pudding. The use of these ingredients is always in pairs. The 5 most common cases. 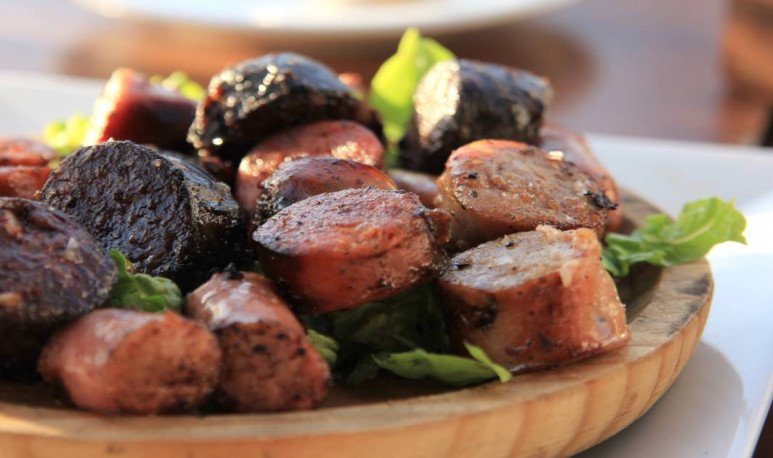 Almost like fish, you need water to live. Similar to coffee, which without water could not be consumed. Identical to the tie, which without the shirt has no use. This is the case with these ingredients or meals that are almost obliged to be served together, in pairs.

They are the main ingredients of the  classic mixed salad, although in this case the onion is also added.  But in general, tomato and lettuce go everywhere together.  In a sangche, on a loin or hamburger.  If you ask with one, go with the other. Likewise, if you don't want one, you say “no lettuce and tomato.”

Although it is a recipe exported from Mexico,  Argentines have already taken it as their own. Nachos are usually eaten on their own, but the truth is that they are much richer if accompanied by the famous guacamole.  At the entrance and for chopping, a bowl with crushed and seasoned silver is prepared, and a dish with nachos. The latter ride a little avocado on themselves, and to the craw.

The basis of all minced. “A lot of bread for that salame,” says the popular saying, loaded with the envy of the one who pronounces it, seeing a couple where one of the two has clearly and evidently more benefited in the physical aspect.  The saying understands that bread is accompanied by salami , almost always.  It's just that he's in our unconscious.