Home Gastronomy 3 recipes with potato from the air

Have you ever heard of a potato growing in the air? We tell you three key recipes to prepare with one of the most curious fruits of these times and that promises to be a trend... 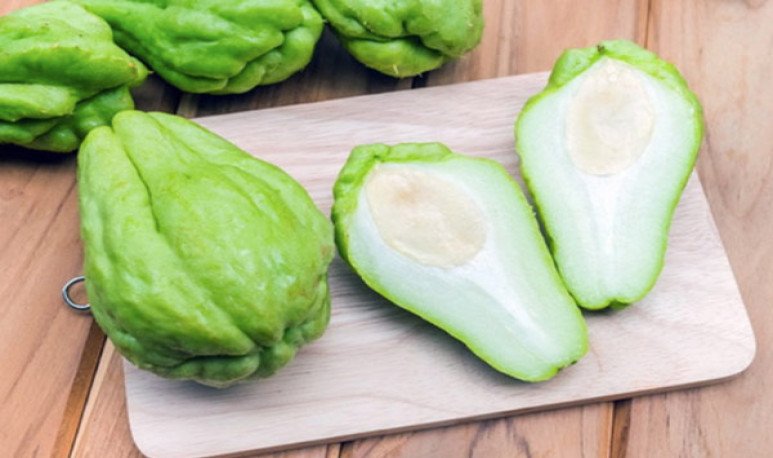 Have you ever heard of a potato growing in the air? In this note we will  explore the curiosities of this fruit  and three ways to prepare it. The air potato, chayota or chayote, was formerly cultivated by the  Maya and Aztec civilizations of Central America. Its fruit is  rounded in shape and has an appearance similar to avocado.  Its taste is soft and somewhat sweet at the same time.   Like avocado , it has a face in the middle of considerable size.  It has a white pulp, very rich in taste and low calories.

This fruit that nature gives us is  good for people with diabetics,  after all  activates circulation,  and is   effective against diseases of a stomach. It is  rich in fibers, in vitamin C and low in sodium and in calories.  It has plenty of water and  is diuretic. It is used as food in many ways and in many regions,  although it still did not reach  sufficient spread. There are several varieties that is why according to their variety is their  green color, which can be more intense or softer.  Although there are also potatoes from the air  of white and yellow peel.

Three recipes with potato from the air

1.Peel and cut the potato into julienne about 0.5 cm thick.

2. Prepare a bowl with cold water (if necessary you can add ice) , and place the cut potatoes  for at least 30 minutes so that they start into starch.

3. Dry each potato with an absorbent napkin and place in another dry bowl.

4. When they are all dry sprinkle with oil or brush with olive oil. Season with salt, pepper and whatever you like (sweet paprika, oregano, garlic powder, etc.).

5.  You can prepare them  in the oven or fried. With fryer or electric oven.

If it is in an electric oven or common oven, you need to place a lard paper and on it the potatoes separate from each other. Cook at equal temperature for the same time. Remove from oven after 17 minutes, remove the paper, flip and place another 10 minutes at 180 degrees.

1. First we peel, remove the carozo and grate the potatoes from the air.

2. Once ready, we place all the ingredients in a saucepan on low heat all. We stir continuously.

3. Once the boil is broken, it is left for half an hour more approximately, until the point jam is achieved.

We can try by placing  a drop in a glass of water  and, if the drop of our preparation reaches the bottom without leaving any remains on the trajectory, it's ready!

Another way to test the point is by doing the  “dish test”,  dropping a tablespoon of our preparation on a plate and observe the consistency when falling.

4. Done the tests, make the jam ready! Remove from heat and bring it to the blender. This part is optional depending on the texture you prefer.

1. Peel potatoes,  cut into wedges and in half , wash

2. Boil for 5 minutes, pour in colander and cool with water.

3. Bring sugar on fire, barely covered with water, do not stir. At this time the lemon or orange peel is added, if desired.

4. When the syrup begins to thicken, add the potatoes and a trickle of vanilla. Stir every while until it thickens further.

5. Remove from heat, allow to cool  and fill the jars.