They are not so easy to find in a bakery, so they can make you gain popularity. Give yourself an afternoon with the latch. 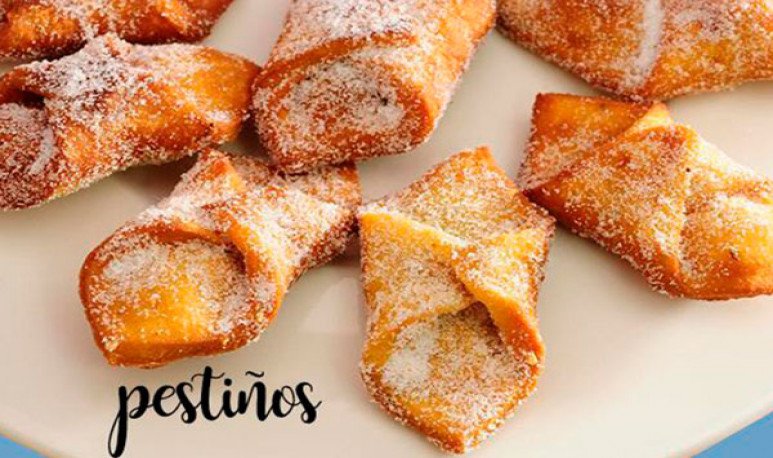 Imagine this scenario . You come  home  after an ultra-fast day and looking for something  rich . You go to the fridge and there's nothing. You open the cupboard and find traces of things that don't attract you much. Suddenly, a  scent  succumbs to you and directs you to a particular place in the  kitchen  -  the countertop . There, a plate with a napkin on top and a small mountain of something that smells like it's going to change your day.  They're not  churros  or  fried cakes   . They are sticky, of toasted color and their  sweetness drips . And that's where someone who loves you very much was waiting for you with the  mate  and the freshly ready  latch  .

But maybe you're the one who wants to surprise someone special another time. And your old lady or grandmother won't pick up your phone to explain how to do it. You don't understand much of what they're about, given that they have a  particular context . Then, you will understand the next daring that we are going to take to tell you about this bomb  that is eaten in Entrerrian homes  . And not only that: we will put it in the  form of steps  to make it more  didactic and simple  . However, when you're done and before you start eating, remember to keep your cholesterol levels because they're going to fly.  Good taste, obviously .

The pestiño is a  sweet  that is usually prepared for the N  avity or Easter week  in  Andalusia  and other places in  Spain  .  Basically it is a square of dough with two opposite corners folded inwards . Something like a  culinary origami . Its most characteristic component is  anise  and its size varies. However, its delicacy is of such caliber that it is even mentioned in various literary works of antiquity. Are we ready to cook now?

1. Put the oil, orange peels, anises and sesame in a frying pan over low heat.

2. Fry about 10 minutes so that the flavors are well impregnated.

5. Strain the oil and set aside.

6. Pour the flour into a bowl and give it the shape of a volcano.

8. Add lemon zest and salt. Then join all the ingredients until a soft mass is formed.

9. Take small portions of dough with oiled hands. Then make some pancakes giving it the shape of  cool origami.

10. Heat the rest of the oil reserved and fry the pestiños.

11. In a saucepan on fire, mix honey with ½ glass of water until well diluted.

12 .  Pass the pestiños through the honey and place them in a serving dish.  Let's heat up the water they're coming .

He left... do we make fried cakes?

How to make an English pudding with orange icing in 6 steps?