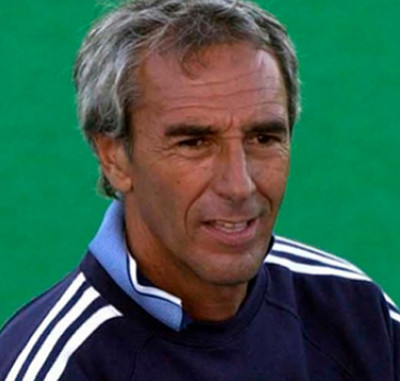 Luis Bruno Barrionuevo (1949) as an athlete participated in the 1972 Munich Olympic Games in Athletics in Athletics, in the high jump competition. In 1976 he won the South American record with a mark of 2.17 meters, later in 1977 he won “Silver Olympia in Athletics”. In his role as a physical trainer he trained the rugby team of Banco Nación for 11 years, where he was UAR champion in 1986 and 1989. He trained the men's and women's field hockey team at Club Ciudad de Buenos Aires; with the knights he won four metropolitan tournaments, and with the ladies he became a champion three times. He was a physical trainer for the men's Hockey team for a decade, between 1987 and 1996. He trained David Nalbandian during 2005 and 2006, where he won the Shanghai Masters and reached third place in the world ranking, the best position of his career. But without a doubt his most successful stage as a coach came with the women's hockey team, Las Leonas, with whom he worked in two stages and won the silver medals at the Olympic Games in Sydney 2000 and London 2012 and bronze in Athens 2004. In addition, he was world champion in 2002 and 2010 and won four Champions Trophy. As coach he participated in six Olympic Games: Seoul 1988, Barcelona 1992, Atlanta 1996, Sydney 2000, Athens 2004 and London 2012. He was the inspirer, mentor and first Director of the CeNard (National Center for High Performance Sports). “Training Dreams” is his first book.

Train and lead, a mission for few Author: Luis Barrionuevo

Playing with words can be dangerous, but what is the difference between the “...