Home Argentine Whose is the land of wine

The Cuyo region is known for one particular product: wine and its vineyards. It is also the land of sun and snow. 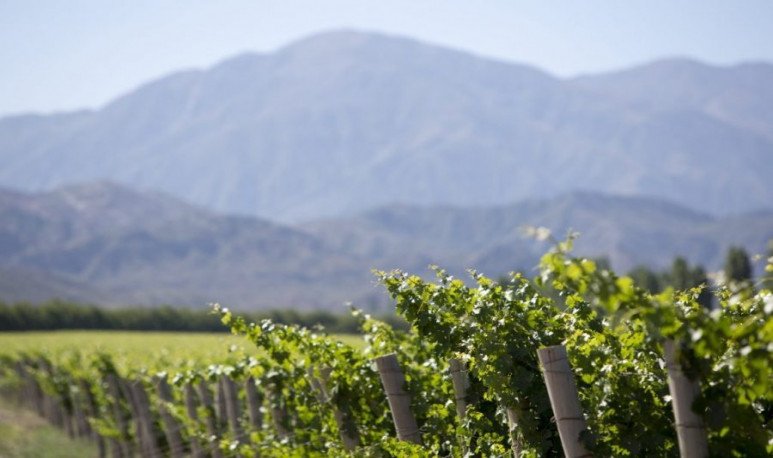 The  region of Cuyo  overflows with attractions wherever you look at it. Located in the center-west of the country, it covers the provinces of  Mendoza, San Juan and San Luis . They are united not only by landscapes but also a cultural identity and a common historical tradition.

Which stands out for having ahighly mountainous relief to the west, where there is a high in the landscape that is impossible to ignore:the Andes Mountain Range .   There we find the  Aconcagua hill , almost 7000 meters (the highest in all America);  Mount Pissis , 6792 meters; and the  Mercedario hill , 6770 meters.

In the east, on the other hand,  large plains  called Travesías predominate, composed of several isolated mountain cords, belonging to the Pampean Mountains, and different salt flats in the most sunken areas of the plains. In the south of  Mendoza , the relief of  plateaus and volcanoes  of La Payunia Provincial Reserve prevails. In San Juan there are landscapes of imposing beauty such as Valle de la Luna, or deserts like La Pampa del Leoncito that were the scene of commercials and video clips.

Beyond its natural beauty, the  Cuyana region  is known for one particular product -  wine  . In the provinces of Mendoza and San Juan the largest percentage of  wineries and vineyards  in the country is centralized, and this is due to a climate that benefits the development of the vines. The  climate is dry,  winters are cold, and in the summers, despite the heat, the height where crops are located favors its quality.

But not all are advantages in terms of climate and natural phenomena. Especially between the period from May to October, the region is visited by the  Zonda , a sharp mountain wind. It starts in the Pacific like a cold and humid wind but upon reaching the provinces of San Juan and Mendoza it already becomes a dry and warm wind. In the mountain region it usually blows in the morning, but in the plain it makes itself felt in the afternoon where it reaches its maximum temperature peak. Drag dust from the mountainous areas causing discomfort and irritation in the villagers. Weather difficulties do not end with the Zonda, as, Cuyo is an area that has withstood numerous  earthquakes  throughout its history. Being in a seismically active area, tremors and earthworks are frequent.

However, wine activity does not surrender, not only is it one of the main economic activities but it became a tourist attraction. Visiting wineries, knowing the processes of grape harvesting and winemaking became one of the greatest charms of  Cuyo . So much so that San Juan and Mendoza have their own armed circuits called the “Wine Route”. In them the wineries offer tastings, guided tours and lunches designed to pair with the vines produced in each vineyard. San Juan has a route divided into five circuits divided according to geographical location. In them there are activities and varieties of wine for every taste. Mendoza has so many wineries that does not reach the time to visit them all, between February and April (harvest season) everything revolves around the grapes.

There are wineries that go further and offer not only lodging within their farms but also bodily treatments based on wine. You can enjoy the harvest experience or create your own wine, also bike rides, horseback riding or old cars in the vicinity of the vineyards. Proposals that go beyond the imagination of lovers of this noble drink.

Five centuries of history on the vera de la route 40