The zamba is a traditional dance that runs in the northeast region of the country and even became proposed as an Argentine national dance. 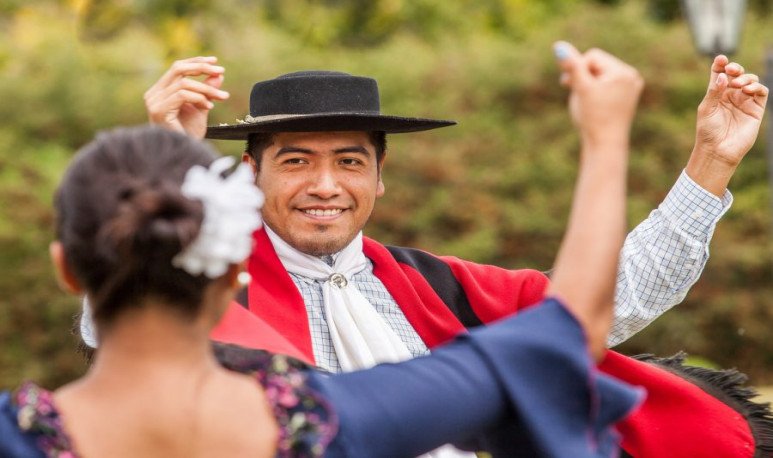 Let's start at the beginning. Originally, the word zamba was used in the colony to name the mestizo descendants of the  Indian  and the black. As a  dance , it was created to seduce the zambas, and from there comes its name. Both dance and music receive this name. It runs in the northeast region of the country and even came to be proposed as an Argentine national dance.

The zamba is danced as a  couple , performing various figures with his hands and face as a mimic way. Man performs a loving ritual to seduce the  woman , while she flirts and refuses her with the help of a handkerchief. Couples dance loose, but the seduction is complete and ends up uniting the shy lovers.

The zamba is much more than a dance, much more than music. It is a reflection of our  history , of our  traditions . And the proof that, in the end, everything makes sense if it is done for  love .