Home Argentine Traditions You harvest what you sow: you harvest feast!

We tell you all about one of the most anticipated holidays of the year. A celebration that involves all the agents of the field and celebrates direct planting. 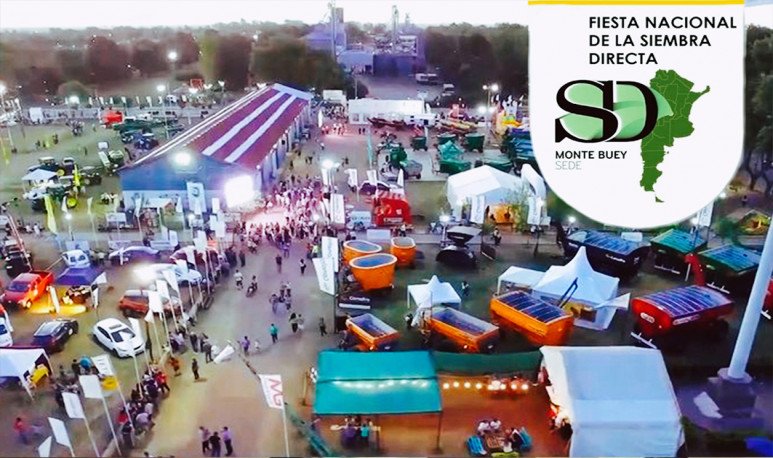 It is a festival that is celebrated during the first half of October  and seeks to bring together all the inhabitants with the same goal: to celebrate and  have fun.  But above all,  pay homage to the farm workers, recognize the abundance of nature and thank the new ways of harvesting.  More specifically it aims to recall the visionary idea of those agricultural producers who, looking for new techniques for soil treatment and conservation , introduced direct sowing as a mode of cultivation.

Like any traditional festival in the country, this meeting offers its visitors  all kinds of services and fun.   Musical and artistic expressions  , craftsmanship, industrial, commercial and general service exhibitions. With a marked line:  to demonstrate the wealth and economic potential of southeastern Cordoba.

The birth of a tradition

The department of Marcos Juarez  is the general representative of this whole area of Cordoba that is characterized by its fertility and agricultural performance.  The National Festival of Direct Sowing was born in 2000.  It was an initiative that  arose when the Argentine Congress declared the localities of Monte Buey and Inriville National Capital of Direct Seeding.  Thus, the department of Marcos Juárez was designated as the pioneer of the initiative that would become a tradition. In addition, the  city  of Monte Ox would be responsible for the annual organization of the festival.

Over time,  edition after edition, Monte Ox became the star of this celebration.  This small town located in the southeast of the province of Cordoba, is surrounded by fertile lands and several water courses.  The celebration of this national holiday involved a wide  tourism development . Since it invites  producers from all over the world  to celebrate, and Monte Ox presents itself as an  ideal place  for those who want to enjoy the tranquility and the outdoors.

The celebration is focused on paying homage to the method of direct planting.  It is an  avant-garde innovation in the world of agriculture that was born as a result  of the studies of a group  of agricultural producers. It was in  the late 1970s that this sector began to worry about  soil wear and soil nutrient erosion. Thus, with  the need for change  and revision of procedures, they began to plant crops directly on the stubble of the previous harvest. This innovation was  called “direct sowing”  and  consisted of a radical change  in agricultural processes, which produced positive changes.

Celebration of the countryside

This festival is of a national character  because the methodology  of direct sowing spread throughout the country.  in  a breakthrough in the sector.  This festival was organized, which consists of  three days full of activities related to training and leisure.  There are three whole days in which there are activities to do, day and night.

One of the central attractions  is  the agro-industrial fair, where all the innovations related to  sowing and seeds are presented.  During lunch and dinner times, the property is filled with  traditional meals prepared at the disco.  Since the disk is a tool that is used in the plow to work the land. In addition to the  exhibition stands, there are  sowing contests and seed quality.  On the evening, the stages are flooded with artists who share their skills and performances . Music, dance, humor and different talents  delight viewers.

Harvest Festival: rock with all orchestra

Harvesting under the moon