Rio Negro and Chubut celebrate the national holidays of Wool and Esquile, respectively. 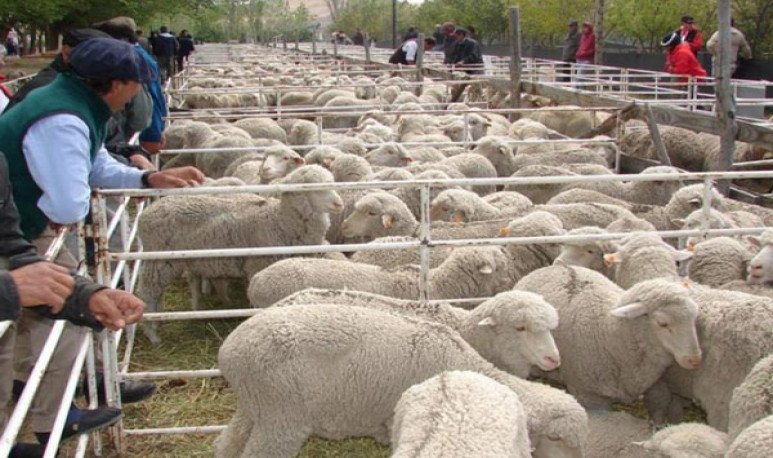 The recent history of our beautiful Argentine  Patagonia  is historical and directly associated with sheep production and in two different provinces,   Rio Negro  and  Chubut    are held two different popular festivities but that is; n closely linked:  the National Wool Festival and the National Shearing Festival.

The first takes place in the town of  Maquinchao, in Rio Negro , and the second is in  Rio Mayo, a village located  south of Chubut .

The locality in Rionegrina has an origin linked to the desert campaign that massacred the indigenous peoples and for the appropriation of the territory and had its growth with the construction  of the  Nahuel Huapi  . The nomenclature of the city is due to the nearby stream bearing the same name.

Rio Mayo, meanwhile, owes its name to Gregorio Mayo, one of the “rifleros of (Luis Jorge) Fontana”, the first governor of the national territory of Chubut, along with the expeditionaries, traveled the land of Chubutan accompanied by members of the   Welsh colony .

This celebration  was held for the first time in 2004 and took national character ten years later, in 2014,  along with another group of popular festivals.

The event takes place at the farm of the Rural Society of Maquinchao, located in the center of  Rionegrin , and aims to vindicate sheep farming dedicated to the production of wool.

That is why during the first half of February an exhibition and contest is held every year to show and reward the best specimens of which more than a hundred pens participate.

The property of the local Rural is conditioned to receive stands of artisans and institutional, while at the Ceferino Namuncurá Club there is a horse festival, dance shows and music for everyone to enjoy, with the classic choice of the Queen of the Wool and Miss Lanita, crowned in the last of the evenings, culminating in an important national show and closing with fireworks.

Also, with the new editions the shearing demonstration began to develop, but this activity has its own celebration further south.

The celebration held every second half of January in the Chubutan town of Rio Mayo  was declared a national holiday in 1985.

It is an event that brings together thousands of producers and a huge audience that grows every year to pay tribute to the first settlers who arrived in the region.

In addition to the closing with gandes artistic shows and the choice of the queen of the Fleece and the Esquila, the party is attended by gauchos decorated for the occasion, payadores who delight with their improvised verses in the unfailing jineteada in its different categories -surrera gurupa, clean mane and tame with batos and countertop.

However, the big attraction of the celebration is the competition in which participants should try to make the best shearing time without harming the animal.

For this competition, shearing is practiced not only in sheep, but also guanacos and vicuñas, in an activity in which men and women show their dexterity with scissors and comb together.

In addition to showing skills in shearing, the festival is also an opportunity to enjoy the yarn of wool, the exhibition of textile products made using this raw material, the competition for the best rope and the best horse, as well as the tasting of typical dishes of the area as the Patagonian lamb.

Two different celebrations united by the raw material, which pay tribute to the producers of one of the most important productive activities in the region and bring together residents and tourists who delight in the activities, both in Maquinchao and Rio Mayo.

Yerba mate as a meeting bridge