Home Argentine Traditions Why is the sangche de milanese so famous?

The gastronomy of Tucumán, par excellence, is represented by the sángche de milanese, and not by empanadas. Did you know? 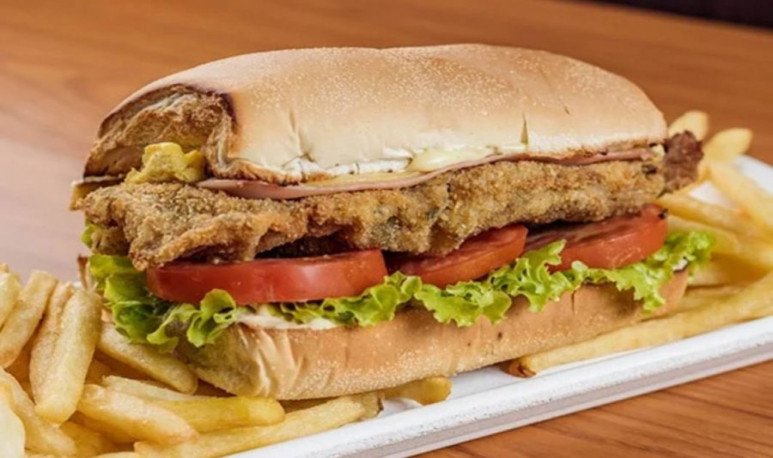 Those who believed that the Tucuman's flagship food was only empanadas were wrong. There is another meal: the sángche de milanese, and this is exclusively tucumana. In addition, he falls in love and continues to captivate the inhabitants of the province.

The   milanese sangche, milanga, mila,   and so many other names that can be put on it, is perhaps the most requested dish by the Tucumanos. Why? The answers are many and I'm still not sure if those are the reasons why it is so popular. Some say that its low price acts democratizing in times of crisis; others claim that it is their ease of eating (similar to that of empanadas) and, therefore, practicality is what makes it so popular. There are those who attribute it not to the taste of the sángche itself, but to the environment; it is usually going to eat it with friends, family, companions or alone... although eating a sángche one always feels accompanied.

Its preparation does not require many secrets, although doing it at home always — but always — will be in vain, since its taste will not be the same as that of a bloodthirsty. Milanese should be fried in hot oil (and surely quite used); the bread has to be sanguchero and slightly toasted; then it is added with a knife, and stroking the crumb, mayonnaise and mustard; tomato and lettuce is the following; finally, chopped chives and chili pepper.

The sangucherías in Tucumán are open whenever the diner requires it: at noon, at night and at dawn when, after bowling, hundreds of Tucumans pounce to ask for one; and so, only then, the night will be complete.

So much is its popularity and so many sangucherías there are in Tucumán that once a year Expo Milanga is organized, where the sagucherías are concentrated and represent the sagucherías throughout the province. The event includes a competition to choose the fastest sanguchero, a challenge for diners how much spicy they can eat, and a   anchors   (headheads, in the Tucumano language).

Sometimes, many times, wonder why a meal is so popular attentive just with its own and inexplicable so that such a dish is famous in one city and not in another. The sángche de milanese is flavor, it is talks, loves, plans and dreams, it's family. The sángche constitutes us, like so many other things, like Tucumanos. Here to talk about cracks is to vice, the only differences that can be there is how to order it: with spicy, without or with chives or mayonnaise. That's why the Tucumans miss him so much during this quarantine and, although they can order it at home, it will never be the same.