Home Argentine Traditions Why is it so important to perform a ritual to the dead of Tilcara?

This is one of the Argentine customs that have endured after generations. We tell you how the Jujuña community expects the presence of the souls of their loved ones. 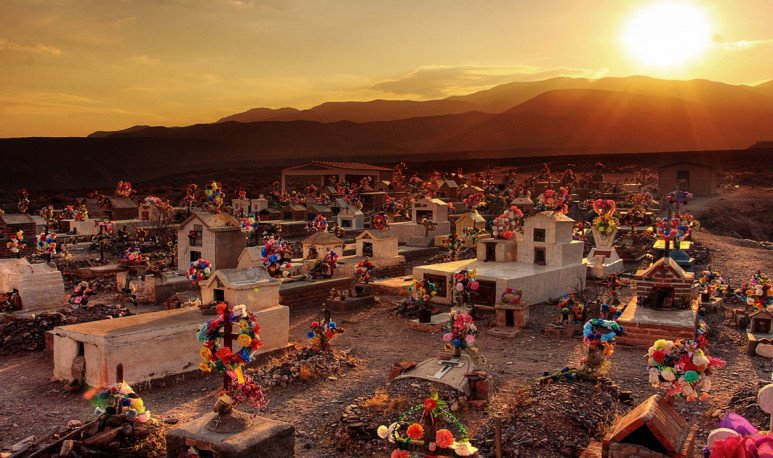 As every year, every 1 and 2 November, in Tilcara,  Jujuy , its inhabitants perform a traditional ritual to their deceased. This is one of the Argentine customs that our country has and that every year the Tilcareños perform it. They eagerly await the “visit” of their loved ones who have died and do so with tables full of offerings, which are meals that their deceased relatives liked. This belief remains dormant today and locals argue that it is a celebration in commemoration of their deceased to achieve eternal rest.

A few years ago, a local named Jorge Rivero told a national media that the inhabitants of  Tilcara  have a lot of respect for their dead, that is why on the Day of the Faithful Deceased, they offer offerings for that date to their deceased, which can be food, cigarettes, flirting leaves, among other things that that deceased person liked to consume in life. Likewise, at that time of year these offerings unite an entire people, which function as a magnetic force in Jujena land.

It should be noted that, regarding this ritual, the tilcareños as well as the inhabitants of the  Quebrada de Humahuaca  before this date, consume many kilos of flour to prepare their offerings, they are about symbolic figures known as “Turks” which are molded with this input.

During the ritual are intertwined emotions and feelings of joy and sadness, it is a celebration of religious and pagan dyes. In this sense, the most traditional and Catholics of the place claim that offerings must be made in every home where custom says that from 00:00 hs souls come to visit their relatives, that is why they argue that this ritual must be performed yes or yes in each of their homes.

Thus, in most Tilcareño homes the tables are assembled with offerings, and their relatives who are in mourning await the visit of the “nuevitos” as they call them to those who have died in the last year, this time food is offered in abundance since the local belief argues that they are the most hungry returning from the afterlife, compared to the other “older” deceased.

Tilcareños cover with a black canvas a wall of their homes, which extends to the ceiling, and there they place a photo of the  deceased . On the ceiling they put a blue fabric depicting the sky, next to stars and moons made from paper. At both ends of the canvas place fennel plants in order to keep offerings fresh. In addition, they put a cross on the canvas and a ladder, so that the soul of that deceased person once he visits them descend down it. In turn, they also draw pigeons that, according to the belief, work so that the soul can go down to earth in peace. Others place objects or figures that have represented in life the interests of the deceased, and food dishes that they liked, it is a way of honoring them.

Under the table where the food is, they place the drinks. Two candles also illuminate the photo of the deceased along with flowers, holy water, cigarettes and coke. A noteworthy fact is that the inhabitants of Tilcara argue that if they do not make the offerings there is a belief that the soul gets angry, say that “the soul sucks you”, or “blows you” because they come hungry, but what does it mean to get angry?  Souls  ask that they feed them with the meals they liked in life and if they do not after a while the relatives of the deceased become ill and may even lose their lives, because these souls charge the subject of the offering, said Juan Carlos Torrejón, director of Culture of Tilcara, once ago to a national media.

This was one of the most outstanding Argentine customs in our country, where in Tilcara they carry out this sacred ritual in homage to their dead. It starts on November 1 at night until the 2nd of the same month. While the relatives of the deceased wait for the soul to descend, they flirt, smoke and tell stories. Once the clock marks 00:00 hs on November 2 they take a flower, wet it with holy water and bless the table, all together perform a prayer, then burn coca leaves, light a cigar and share it with the soul that is already between them, then bury the cigar in a container that is placed under the table along with the offerings.