Home Argentine Traditions Who had all the wine?

We tell you all about the Provincial Harvest Festival and other events that take place in Colonia Caroya linked to wine. 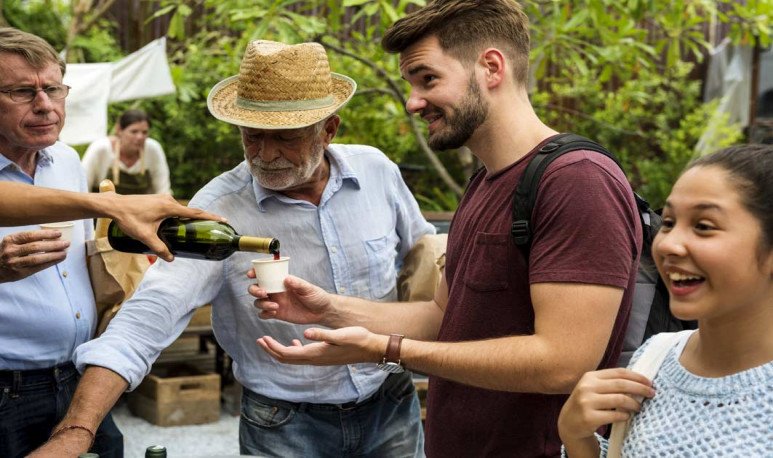 Colonia Caroya has one of the most tempting traditions in Cordoba. This is the  Provincial Festival  of Harvest  , which this year celebrates its 51 edition. This town celebrates the harvest and production of the vine. And it is a bit the tradition of all Argentines who, fortunately, come out with Dionysiac tendencies. Of course, this celebration does not admit doing  pritiaus  as we used to Cordobese. Since the wines produced in Colonia Caroya are  handcrafted and of high quality . It would be a waste to  cut down a  Caroian wine  with Pritty.

The proposal has a  “vinero patio”  installed in Plaza Nicolás Avellaneda. Central square of this place, and where important meetings are always held. The idea is to make a kind of  exhibition of producers and winemakers  who will be offering their products. In addition, the festival is accompanied by other delights produced in this village. Cheeses, sweets, salames and more await you to neutralize the flavors, and  continue tasting    the good Cordovan wine  .

The event will be musicalized by live music, like every year. On a stage that will be mounted in front of the Municipality, respecting the tradition of each edition. The Vizcacheros, Chequelo and Jésica Benavidez are just some of the artists who will give their show. The organization is run by the   Caroian Municipality .  And surprises are so many.

He came and he doesn't go... he came all weekend.

Although many festivals have already abandoned the practice of the election of a queen, the Provincial Harvest Festival continues with tradition. The elections are for Queen and Vicreina Provincial de Vendimia y Reina and Virreina Nacional de la Frutihorticultura. Since this weekend will be a weekend  to pure festival  and pure wine.

This event makes the whole month full of  cultural activities.  The authorities of Colonia Caroya, along with wine producers and winemakers, will offer  tourism activities and training  . Since, this year, March is consolidated as the month of grape harvest. And, in addition, the  anniversary of the city is celebrated.

On March 13, the Provincial Festival of Harvest is held, one day later the  National Festival of Fruit Horticulture will be held.  And finally on Sunday, March 15, the  Sagra Nacional de la Uva.  This year the meeting is triple, and is held on the weekend of 13, 14 and 15 March.

The entrance to the Provincial Harvest Festival is  free and free , so let's go!