Home Argentine Traditions When virtual adaptation is a success

The traditional festival of the collectivities of Rosario had to adapt to the virtual modality and was a unique event. 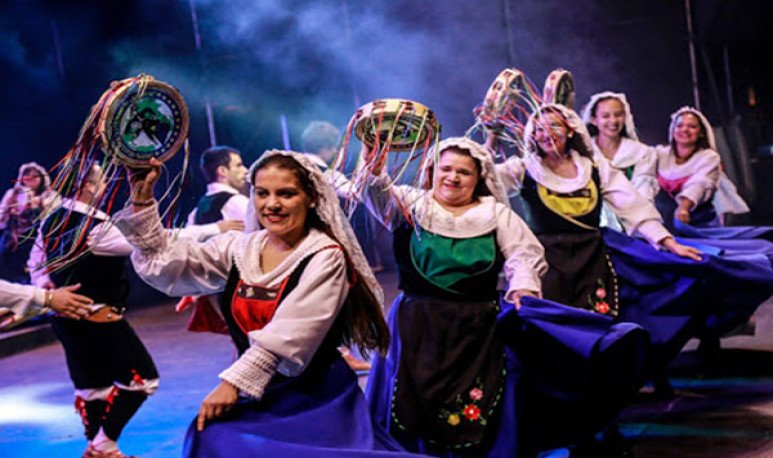 Usually, the National Festival and Meeting of Collectivities in the city of Rosario brings together a crowd in the Monument to the Flag . This is one of the largest popular festivals in Santa Fe. That is not small, considering the number of traditional celebrations that the province of Santa Fe has, which we talk to you in detail on this website.This year,  “the most beautiful party in town, going to your house,”  was the slogan.It was a special edition, 100% gastronomic and virtual mode, which  took place on weekends from 6 to 8, 13 to 15 and 20, 21 and 22 November.

In the context of the difficult context, the Municipality of Rosario promoted this modality, in which  34 foreign communities of the city participated  offering the best gastronomy in the world, out of a total of 47 who joined the initiative spreading cultural aspects of their countries and regions.In the Virtual Platform Stained Glass in Red Rosarinos could choose  from more than 83 typical dishes to enjoy at home, or send as a gift to their loved ones.

With  a total of almost 40,000 dishes sold  and after having extended for another weekend due to the success of the call, the virtual gastronomic chapter ended, in a year that forced the municipality and the associations that star the event to reconvert.

After the three consecutive weekends, the organizers highlighted the continuity of the party despite the context, the  willingness of the collectivities to take on the challenge of virtuality , satisfaction with the results and the accompaniment of the rosarinos . The organizers highlighted particularly the success of the new forms of sales and of linkage with the public.

Better than what was expected

The leaders of the party also noted that  the cultural proposals that are part of the meeting continued to be developed through the event's networks until the end of the month . This included the virtual dissemination of typical costumes, dance steps, cooking recipes and outstanding productions of the different communities. As an example, the Tik Tok Collectivities competition, in which each association could participate with a mini-video promoting its culture, was trend exceeding 23,000 views and 4,000 comments.

Another initiative that was extended until the end of November is Guardians of Traditions, of the Directorate of Adults and Older Adults , which accompanied the 36th edition of the party with contents audiovisual, radio and talks in a virtual environment, with references from different communities who make known their contributions as responsible for  safeguarding and transmitting the cultural heritage of their peoples of origin or belonging .

As was said, the communities sold their typical dishes through a virtual platform. In this sense,  the most visited page was Japan,  followed by the Israeli, German, Argentinean-Yemeni, Lebanese, Navarro Center and Alcara Li Fusi.  Among the most requested dishes, the first place was the cannolis (dessert offered by the Alcara Li Fusi Association and the Sicilian Family House), followed by spijas, tempura, tortillas, anticuchos, paellas, sauerkraut, strudel, stews and Basque cider. Italian menus (lasagnas, pizzas and porchettas), the Brazilian tasting menu and Israeli combos with shawarma, snicks, humus and Falafel. Only the Tanzanian community, one of the newest associations, had almost 2000 dishes sold, which somehow earned it the qualification of revelation.