Mate is a meeting, but it is also a meeting with oneself. And that's also a rite. A mass. And then, three are a crowd. 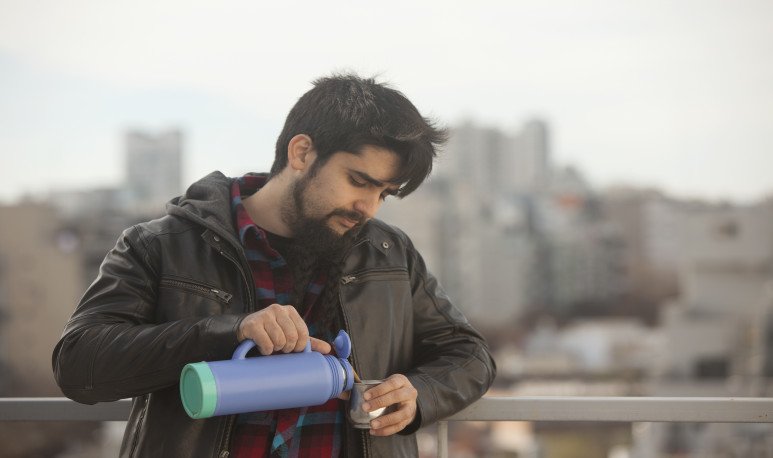 We always get together to  take mate . There is no purer act of love than waking someone with a warm, sparkling matte. Either priming kills the other while he's working, or worried, or sad.  No one doubts the binding properties that this infusion has . But sometimes three are crowds. Taking a mate in solitude is also among the most wonderful experiences of living on Argentine soil.

Routines or rituals matte in hand

Many people cannot start their daily routine without the charged thermos and prepared matte . Others don't wake up until after they kill. If you have a little while before you leave, what better than being able to take three or four mattes, renew your  energy  and keep going. And that is also a ritual: a lonely, personal, intimate ritual.

There are also those who are jealous of their mate. If they're drinking alone, it almost bothers them to ask for one. If they are  fundamentalists of bitter  and someone suggests adding sugar or sweetener to it, they feel it as a tremendous offense. They have a special relationship with mate, one to one.

Mate is one more companion

Because  mate is a meeting , but it is also a meeting with oneself. It's not the same as having a single mate than having a coffee or tea. Any other infusion is brief, instantaneous, passing.  The mate spreads, accompanies you, awaits you . During study nights or working mornings, while watching TV or reading a book, with your soul full of joy or a broken heart.  The mate is always there.   And there, three are a crowd.

Here we are not wanting to close the idea of shared mate, it would be almost like going against one of the most rooted traditions in Argentine culture. But we already know that, the evenings of friends, the family desktops that are spread with a mate, the talk hand in hand while “bait a few greens”, all that falls from mature. It's coming in the Argentine  DNA  . What's more, we look at the one who says he doesn't like it, we feel the offense, “who is thought to have tea and coffee.”

Behind tradition is a whole world

Let's see if we agree with this: it does not matter how you take mate. Let's start with the temperature of the water: fundamentalists have measured the exact degrees at which weed is not washed at the second barley. It's not to take care of the tongue and peel it sucking a mate with boiling water, here it's all about quality. If you pass the temperature, there is no foam, the taste is lost and that is unforgivable.

Then we have fans of pumpkin matte, wooden ones, milled with handle so as not to burn fingers, ceramic and also modern ones with silicone matte. Because priming is almost a science, I've met people who ensure that the taste changes when you use a thermos and not the turkey, as appropriate. The bulb also has its things, there are as many models as primers. The important thing, in this case, is that you can clean well because if it is covered, it is most annoying. Speaking of the matter, there are “magical” stories that ensure that if we scratch the base of the mate and ask some saint, the bulb is uncovered. We'll have to try.

Last but not least,  weed . We could stop here for a while. We have brands and variety to choose from. There are the defenders of the one that comes with a lot of dust, others look for what is without sticks and the most “daring” that comes mixed with herbs. That's another question, putting citrus husks or yuyos al mate for me which is a good excuse not to have a drink. And how do you take it?