Home Argentine Traditions What is that pink that tucumans take in hot weather?

Achilata is the name of that delight with which tucumans fight at high temperatures in the summer. We tell you about this tradition. 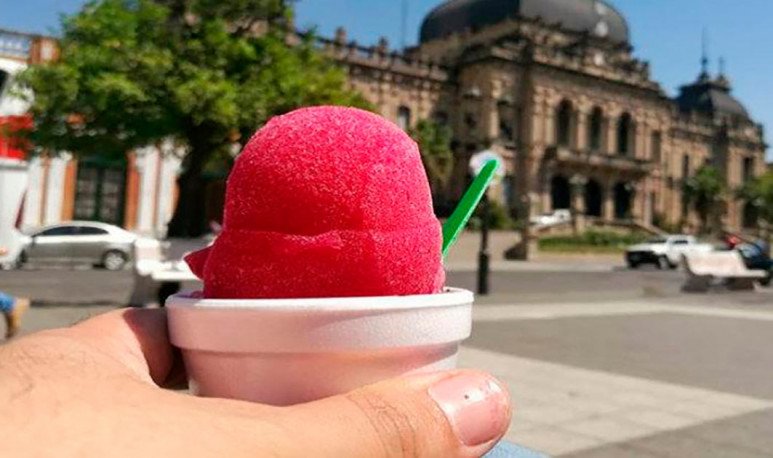 Typical of  Tucumán  (and now extended to Salta) are the achilateros, those noble workers who go out with their cars mounted on bicycles and sell achilata to the tucumans. Without the  bailateros,  to withstand the  heat  in our province would not be the same; I at least do not conceive summer without  Achilata . What's more, I don't know him: they pass with their bikes playing a bugle, the sound that indicates that it's time to slow down everything we're doing and take some time for ourselves. Thus, this kind of pink  ice cream  so particular, of which we tucumans feel its creators and owners, puts color and tranquility to our naps.

Because the achilata is not taken at any time, it has its schedule and that is when the sun hits directly on us to the nap. Where everything becomes heavy and burdensome, the charm appears in the form of a plastic cup with two bowls of something we don't know very well what it is, but we love.

There is no competition that is worth: even the most refined artisanal ice creams cope with the achilata. It acts democratizing; its low price makes it accessible, plus the fact that the bailateros travel the whole city; you just need to listen to them and go out and buy them.

The origin of his word has to do with the arrival of  Italian immigrants  in  Tucuman  and how they uttered “there is ice cream” when they went out to sell on the streets. His accent made them pronounce “hay  gelata ” or “hay yelata”. Over time, like many words, it changed its meaning and ended up being more local than our hills. That's how from “hay gelata” became “achilata”. A simple ice cream, of which we little know, but very much enjoy. That's why some people say that maybe the achilata is synonymous with life.