An empanada, for Argentines, is much more than a dish of food. It's part of our culture, of the customs of every house, in every province. 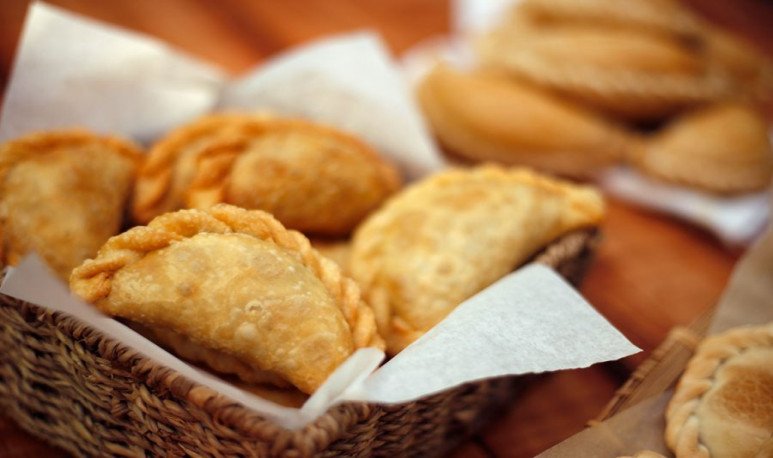 What's a pie? It's a meal, of course . A typical dish of Argentina. It is “a thin dough of bread, broken dough or puff pastry stuffed with a salty or sweet preparation and baked or fried”. It's all that, yeah. But, for us, a pie is much more than that.

A pie is the excuse to get together. It's the ease of choosing a menu that everyone likes. It's casual food , no plates and no cutlery, and sometimes even standing. The inexplicable happiness that the falling juguito gives us, even if it stains us. Blow out while we try to chew, because it's what peels and delicious at the same time. It's the battle to decide who makes the richest: Mom's, Grandma's, Aunt's. The ones from the rotiería in the corner or the ones from the pizzeria in the square. It's an eternal argument that's never gonna have a winner.

A pie is the multiplicity of customs and cultures of our country made food. It is the wonder that every region, every province, have his own, and may all be equally good. It's diversity. which characterizes everything Argentinian united, at the same time, in the same dish. Because the empanada so, in the singular, is Argentinean. He represents us and we are proud. But, um... at the same time, that empanada is subdivided into many different empanadas, which carry the taste, color, ingredients, seasonings and aromas of each corner of our country.

The empanada is Tucuman, it is porteña, it is Mendoza, Salteña, Jujeña, Santiagueña, Patagonica, Sanjuanina, Riojana, Cordobesa. But, first of all, it's Argentinean.

The history of the Argentinian asado

The Mate, the biggest thing there is!

The Chaku, a sustainable tradition

There is one empanada for every Argentinian

The Carnival of Venice in Salteño

Agroecological fair: the Cordobes say no to the agrotoxic

Ucovin 2019 and the best wines of the year