Home Argentine Traditions What would a day without music be like?

On Music Day, we chose 5 themes from the most representative genres in the country to honor our artists. 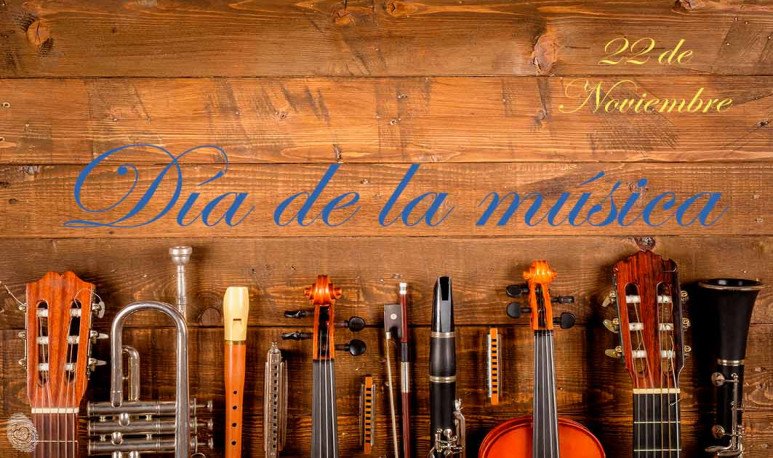 What would it be like to live a whole day without music?  Almost instinctively, all civilizations in history were crossed by some kind of musical expression. So, it seems that there is something that is clear:  no one can live without music . What would become of us without her?

In   Argentina  we have  great musicians , of all styles, who inherited the sounds of these lands and those that were coming from outside. From this  mix of cultures , artists of different genres were born who make our people sing, dance, thrill, laugh and cry.

On November 22  ,  Music Day  is celebrated and we want to pay tribute to Argentine music with this selection of 5 themes from the most representative genres of our land.

With inland sounds,   folklore  has its representatives from end to end of our country.   Mercedes Sosa   is one of the greatest and most noble voices of this genre, and that's why we chose her to celebrate Music Day. This song was created by   Maria Elena Walsh ,  in the early seventies, and subsequently banned by the military dictatorship. It was recorded by Mercedes Sosa in exile to which it was pushed by the same regime. The song then became a symbol of democratic spring, when the Tucumana singer included it in the memorable concerts of the Opera Theatre in February  1982 .

If there is a genre for which we are recognized around the world, that is  tango . Tango falls in love with everyone who listens to it and seduces everyone who dances it. While those who think of tango thinks about   Gardel  , today we choose two other masters with a song that paints us full body: “ Cambalache ”, in the voice of   Roberto Goyeneche  , accompanied no more nor less than by   Astor Piazzola  .

Soda Stereo   was one of the bands that scored Argentine rock  and promoted it throughout Latin America. While choosing a band, or a song, is impossible, today we stay with this Soda song to honor our rock. Something similar will have thought the British band  Coldplay  as, in their presentation at Estadio Ciudad de La Plata (Buenos Aires), he made a cover of this song.

The  quartet  left  Cordoba  , but makes the whole country dance. And if we talk about the quartet, we're talking about the   Mona Jimenez  . This artist raves his fans for decades in dances, which are almost a mass. Today we chose one of his themes, which came to unthinkable places around the world. How? Here we are used to  football fans  adapting songs to hangar their team, but... in  Spain  ? In  Japan ?  “ Kiss a kiss”  was chosen by  Real Madrid   fans to encourage their players. But that's not all: the fans of   Matsumoto Yamaga  , Japan's second division team, also sing to the rhythm of the Mona theme.

“Will Illuminate” - The New Moon

We continue to dance to finish this tribute to our music. In  Argentina , different provinces have their own  cumbia , with different styles, instruments and letters. Today we chose the  New Moon  to represent this genre so ours.