The ditch is part of the Mendoza DNA. Not so for visitors, they are not used to and have ever fallen. But what is it for? 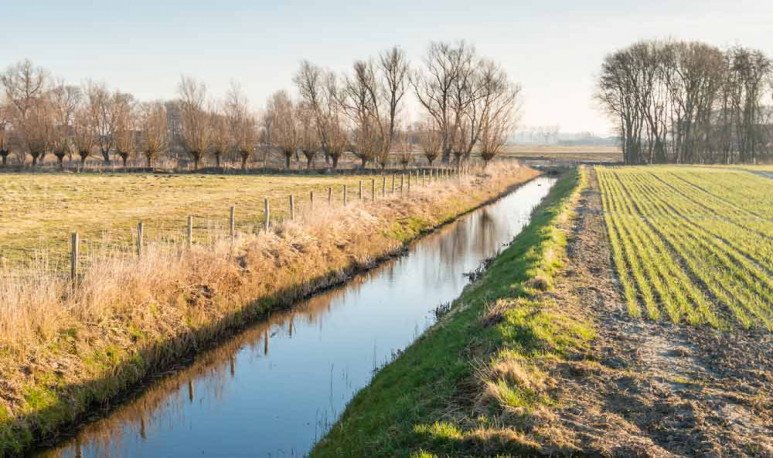 As Mendoza as the  torita scrapada  or the  Aconcagua  hill. The ditch is part of our culture and idiosyncrasy. We Mendoza are born knowing what the canals are. Scenario of the most fun games of our childhood. Receptacle of the most unpleasant garbage that people dispose of as if it were a container.  Substantial element for the development of our society.

Of millennial origins, the ditches are no more or less than small, small  , streams or artificial rivers that cross the length and breadth of our city. The target? Make efficient use of the scarce water that can be obtained in this desert.

They are an unavoidable component of a postcard from the City of  Mendoza . Street, cordon, ditch and sidewalk. It's never missing. However, it is not a common thing for visitors. On the contrary, what is common are the  beats of tourists who, crossing the street, completely forget their existence and take a confident step forward, without finding a background . Or, rather, finding it one meter below what is calculated. So, the fall and the consequent injury becomes even more terrible if just at that moment water is running through the ditch. Complete combo

They're not a dumpster.

The ditches receive water from the main channels that enter our city, and through them the water resource is distributed, not for consumption (as it was in its origins), but for irrigation. Even rainwater also usually runs through its channels. However, the “man” factor is a stone in the same man's shoe. It is that, often,  when it rains (something that doesn't happen very often here), the ditches are flooded and overbalded to blame for the garbage, waste and waste that people themselves throw into them, like a garbage container.  And while Mendoza is a relatively clean city, these attitudes will embark on the positive image we once formed about it.

The Mendoza water system of canals and canals has  its origin in the Huarpe culture  prexistente to the arrival of the Spanish conquistadors in the  middle of the 16th century  . It also has cultural and historical links with the Inca Empire which had, precisely, in today's Mendoza its southernmost point.

The primary function of the canals and canals of Mendoza was to provide drinking  water  to the houses of the young city and also for the irrigation of patios and family gardens. This situation spread into the surrounding agricultural suburb.

For more than three hundred years the ditches had such functions.  From 1872 the system was redesigned, proposing the current method of parallel gutters to the roadway. With the arrival of the piped drinking water system from 1876 onwards, the function of providing potable water to lots in the posterremote city became unnecessary.

Therefore, seeing that ditches existed in the New City, it was thought to take advantage of them to water trees that were planted at their side from 1876 onwards, not as it is mistakenly believed, that the ditches appeared to water the new street grove.

Carnival Correntino has dates and prices