Home Argentine Traditions Two bottles and a glass with ice

The fernet rite has a lot to do with how we are, we like to meet, share, be part of the same. 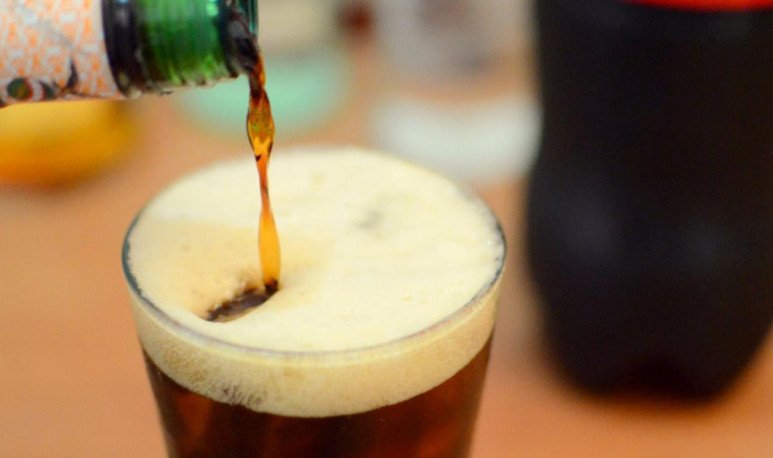 Rituals strengthen bonds, create bonds, generate empathies. Perhaps that's why they become strong, and the point object of that rite ends up moving into the background. Maybe that's why fernet is so popular in Argentina.

The  fernet  came to our lands by the hand of Italian immigrants, who used it very different from today: they consumed it as an aperitif and digestive. Years later, in  Cordoba , magic happened: someone came up with a soda tail, and people went crazy.

Beyond the perfect combination of  fernet  's bitter taste with coca candy — which works as if they were created for each other — fernet follows the same logic as  mate : there is a rite in its preparation, everyone has his way of assembling it and goes from hand to hand.

This mystique of the ritual also attracts the attention of foreigners, who arrive in the country eager to try the famous fernet with cola about which they talked so much. Many already know the drink, but don't imagine how it might generate so much fanaticism. Until they try it, and magic brings them to them too.

What happens is that the fernet rite has a lot to do with how we are. We like to find each other, share, be part of the same. Maybe that's why a glass bottle, a plastic bottle and a glass with ice have become  synonymous with the Argentine .

There are things that don't explain, are there?

Pretending to explain the mystique of the most popular  drink  we have today in our country is a somewhat complex company. Because there are things that are not explained, especially, the part linked to the ritual. That a drink or food comes to take the place of “binder”, that which unites us and identifies us is a little matter of mystery. Of course we can look for the foundation and, even at times, believe that we are clear. Likewise, there is always a part that is not understood, and to know it you have to live it, feel it. The fernet with coca is one of those things that are shared, and period. Some say that, long ago, the Italian appetizer was taken in the houses, indoors, perhaps with a little soda to soften. But no one could think of asking for a fernet in a bar or inviting him to a guest.

The very origin of the combination with soda is difficult to trace, it is said that it was a Cordovan bartender who invented it, but there are no official records. The truth is that you can infer, draw somewhat obvious conclusions. On the one hand, they are two economical drinks, accessible to any pocket. On the other hand, bitter and sweet, there is not much more.The flavors combine and balance perfectly. If we add that it is a super easy drink to prepare, which does not require special techniques, utensils or anything of the style, we add motifs to the popularity of coca fernet. After marketing comes, we can't deny it. Although in the country we have several brands, there is one that is a reference for fernet and has been responsible for successful advertising campaigns. Even many singers and bands have dedicated songs to the drink. To end the reasons we trace, there are many who assure (and justify) that you can take it easy, in quantity, that “the next day you are like new”, does not leave a hangover. At this point we should meditate a little. That belief is not so true and does not collaborate with the education of inexperienced young people. To find out how much to drink without suffering consequences it is necessary to find out, look at the alcohol content of the drink and always, always, be moderate.