The islero is a central character in the Santafesino culture. Santa Rosa de Calchines honors you with a beautiful festival. 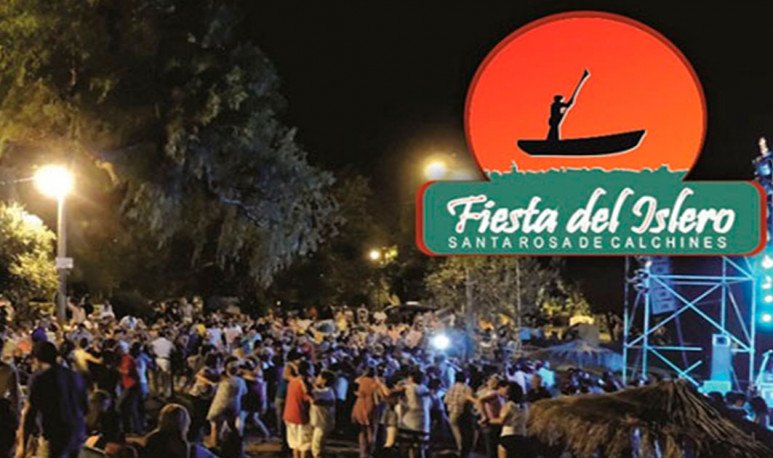 Santa Rosa de Calchines carries, from its origins, the  coastal imprint . That's why it hosts a festival that pays homage to the islero. Men and women of the river reflect the  natural heritage and main resources of the area.

With water and sun as a natural setting, the village invites every year to this traditional folk  gathering  , with free and free admission. The Islero Festival has become a reference of summer on the coast of Santa Fe. In what they call a “jornada santarroseña”, the town is full of festivities: burning torches, canoes parade, fish-based gastronomy, artisans and entrepreneurs fair, and tribute ceremony to islanders. In addition to the festivities there is music with groups from the area and guests, accompanied by  a crowd dancing willing to have fun  and make the party something very native.

The landscape with which the day starts is beautiful. The  boats  are reaching the land of water and sun, which offers them a warm bievenida.

As if it were not enough the festive spirit of the whole pubic, which enjoys the folklore and exaltation of island culture, the event offers a strong imprint of regional food. The local gastronomy of river fish is shown during this weekend santarroseño.  Fried fish, patties, grilled shad, postas, minced trays.  All variants of icticultural meats are accompanied by the rich and fresh Santafesinas beers.

Everything said, consecrates, year by year, to the Islero Festival as a tourist event that already transcends the borders of Calchines.

Santa Rosa as a destination

Santa Rosa de Calchines is one of the main tourist spots of the Santafesino coastal circuit. It is characterized by being  at the same distance from the two capital cities of the provinces of the region : in an hour, you will reach the land of water and sun both from Paraná and from Santa Fe capital.

The land of water and sun  is a huge strip surrounded by water, almost a giant island between the arms of Paraná and the bañados del  Salado . Originally inhabited by native peoples, the Calchines ethnic group, cited by the founder of Santa Fe, Juan de Garay, gave it its place name forever. In 1861 the Franciscans began to erect the temple, a reference in the nineteenth century of the advance over the borders. Then the immigrants arrived and began to mark them the furrows of the farmland. Today it is a historical, cultural and productive land. Eminently natural,  it preserves a wild landscape that has changed little over the years . Its inhabitants speak proudly about the land where the sun looks out and hides in the latitudes with water.

If you liked the idea of taking the Provincial Route Number 1 and spending the weekend in Santa Rosa while you enjoy this party, you have many variants of bustling. For fishermen, there are comfortable cottages and bungalows. But there are also complexes for the whole family, with games and all kinds of amenities.

Santa Fe surprises the country with tourist options.  For those who love regional festivities, getting to this coastal town  and honoring the islero is a great option.