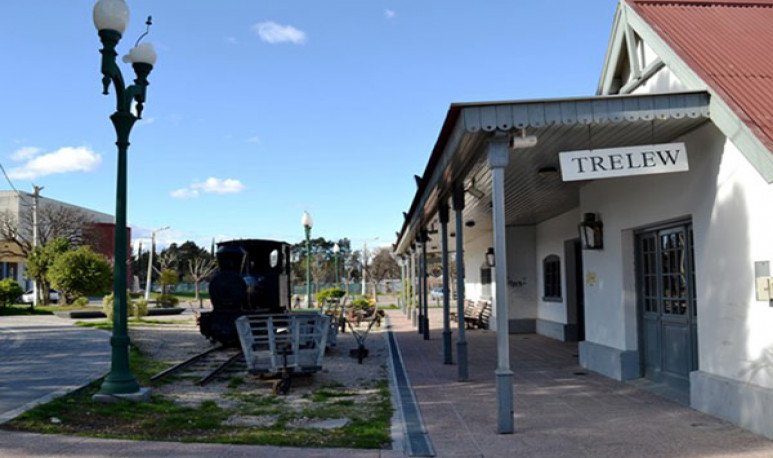 Like many villages located in the Lower Valley of the Chubut River,  Trelew  was born from the arrival of  Welsh settlers  in 1865 off the coast of Puerto Madryn , aboard the sailboat Mimosa. Its name is in tribute to  Lewis Jones , one of the main promoters of the mission and also manager of the concession to build the railway. However, over the years it received and adopted migrants from different nations and already in the twentieth century, people from other parts of the country who took root in the south.

Tre-Lew: Town of Luis.  Tre  means' village 'and Lew  , the apocope of the colonist. Similar had been the way to name the capital of the province, which was originally called  Tre-Rawson , in honor of the then Minister of the Interior, William Rawson, who facilitatedoacute; the expedition from Wales to  Patagonia . In the mountain range, there is  Trevelin , the Village of the Mill (actually,  mill  in Welsh is' melin ', but mutations typical of that language make the change of letters).

Returning to Trelew,  on 20 October 1884, the National Executive passed Law 1539, which authorized the railway works in the region.  Two years later, the railway line began, and on May 25, 1889, the Central Chubut Railway was inaugurated.

However,  it was not until 1903 that Trelew became an autonomous municipality , since until that time, both that city and Rawson depended on the Municipality of Gaiman , which was the  first municipality of Chubut . In April 1904, the Deliberate Council met for the first time and Edward Jones Williams was elected as mayor.

31 years after the enactment of the law to allow the construction of the railway line,  on 20 October 1915, the name of Trelew was made official by the Executive Branch  by a decree.

Over the years, Trelew became one of the most important cities in the region and also an obligatory passage for those who travel eastern Patagonia from south to north and north to south.It is the center of the towns located in the Lower Valley of the Chubut River. A few kilometers from the town are  Puerto Madryn , Rawson, the penguin house of   Punta Tombo  . On Route 3 continue the road to  Comodoro Rivadavia  and southern Patagonia.

On the other hand, facing National Route 25 is the way to get to Gaiman, Dolavon and go to the mountain range, passing through small but colorful villages such as   Los Altares , Las Plumas, Paso de Indios or Tecka , to reach   Esquel , Trevelin and the rest of the cities of the   Paralelo 42 Andean Region .

Trelew is home to  the Chubut  Eisteddfod  ,  a music and literary festival that has its origins in Wales. Eisteddfod means “sitting” in that language. Hundreds of participants participate in singing, dance and poetry competitions.

The most important moment comes on the last day, when the winner of the main competition in Welsh language literature is awarded with the Bárdico Armchair, handcrafted in wood every year. A curiosity is that all competitions have an international character, but odd years in the competition of the poem in Welsh can only participate residents in Argentina.

The Spanish language was added to the Eisteddfod in the 1940s to include the rest of the community in the event, and in the 1960s, on the centenary of the arrival of Welsh settlers in Chubutan lands, began to be held regularly, since until that time the editions were somewhat discontinuous.

This also led to the development of other versions of Eisteddfod in different localities, such as Gaiman with the youth edition (Eisteddfod Youth), in Puerto Madryn and in Trevelin, to continue spreading a tradition that began in Wales in the 12th century, but only in 1861 - four years before the expedition to the Patagonia of the settlers - the National Eisteddfod of Wales (Eisteddfod Genedlaethol Cymru) was formalized, alternating its headquarters between the south and the north of that country. 6000 participants.

Today Trelew has about 120,000 inhabitants, making it one of the most populated cities in the province and is an important commercial, political and industrial center that knew how to build a wool pole that came to industrialize and market 90 percent of wool argentine.

The people of Luis live together the descendants of those who were encouraged to cross the Atlantic for a better life and who came to these lands from this same country, but with the same goal.

In addition to the cultural proposal of the Eisteddfod, in the center of the city is the Pueblo de Luis Regional Museum, which shows historical aspects of the region related to the Welsh colony and the Mapuche and Tehuelche groups. The  Egidio Feruglio Paleontological Museum  preserves remains of the paleontological heritage of Patagonia and is one of the most important in South America and where paleontologists leave to the provincial interior to make important findings. 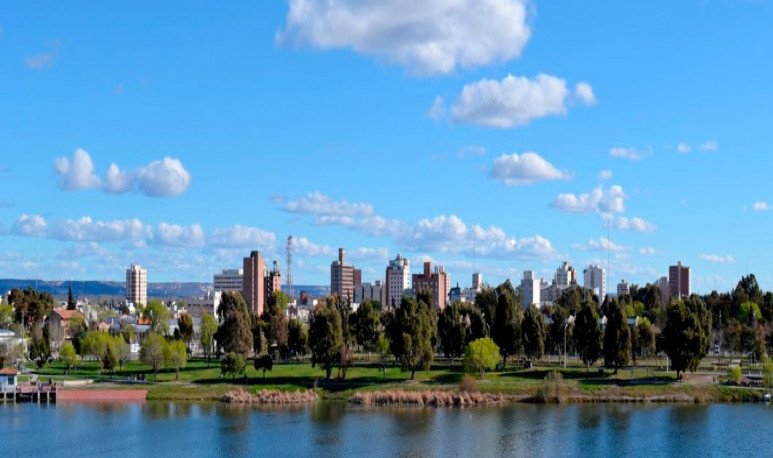