Within the framework of Tradition Day, Mayor Raúl Roberto Moreno gave details to Ser Argentino on why Trancas is considered the first gaucho municipality. 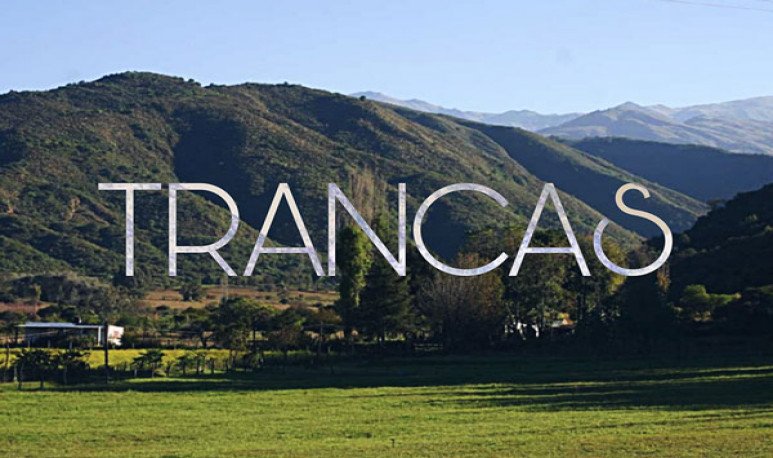 In our country, every November 10 is celebrated on  Tradition Day. For this reason, to pay tribute to the foundations of  argentinity , we have taken into account the history of Trancas, the first gaucho municipality. This town, with an enormous  historical weight, is located 73 kilometers north of San Miguel de Tucumán, with access by National Route Nº 9. This place is considered as the strategic center of defense throughout northern Argentina during the time of Independence.

Initially, its inhabitants settled in what is now known as “Old Villa of Trancas”. Later, with the arrival of the  railway  in 1900, the Tranqueños moved to the current city, which is now known as Trancas. From the Villa Vieja was the temple of the Sacred Heart, where its walls witnessed the firing of the first governor of Tucumán,  Barnabas Aráoz , also the baptism of the famous sculptor Tucumana Lola Mora.

As part of Tradition Day, Ser Argentino agreed to an interview with the mayor of Trancas,  Raúl Roberto Moreno , who took a tour through time to argue why Trancas is considered the first gaucho municipality. He also told us about the management to develop a gaucha inn and how came the initiative to celebrate the National and International Horse Festival, a holiday in honor of its gauchos. He also told us about Pozo del Pescado, a blessed place, since its waters are considered miraculous, the El Boyero Spa as a tourist destination in summer season, among other attractions.

How does the initiative come about Trancas being the first gaucho municipality?

This initiative arose thanks to the rich history that Argentines have, because homeland, freedom and independence was made in the north of the Argentine Republic, where Trancas has much to do, since our procerer national hero, Colonel Major  Barnabé Aráoz,  was gaucho and was a federal leader, and in Trancas we had the captains Figueroa, Tranquez brothers who fought in many battles for the  freedom  of Argentina, for national independence and were the gauchos for the most part.iacute; to those who were in the patriot army, then we to honor these people who with their blood gave us freedom.We always said that we are the first gaucho department in the Argentine Republic.

Barnabas Aráoz was shot by the unitarians in the oldest temple we have in the province, in the church of Villa Vieja, where currently his remains are there. He was betrayed by the unitarians and it was the gauchos who were looking for him to shelter him.I think his mistake was not to get into the mountain. They took him deceived to that church and the next day they executed him, which is why we, in honor of his name and the gauchos, say that we are the first gaucho department in the Argentine Republic.

What can you tell us about the management that the municipality of Trancas started on the gaucha inn?

We are managing a municipal inn, a gaucha inn in which we want to welcome all visitors, all tourists and tell them the story of Trancas. You could say a religious tourist circuit. We have a lot of history to tell, let us also remember Gertrudis Medeiros, who was the mother-in-law of two governors who gave Trancas to Argentina, Alejandro Heredia (governor of Tucumán) and Felipe Heredia, (governor of Salta). She was a heroine who fought for federalism and escaped to the unitarians and came to Trancas and it was the gaucho army who defended her so that she won't take her prisoner again, and yet she died, and we don't know in Zárate where her remains are.

We also want to have this inn for the holidays we have in Trancas, such as the National and International Horse Festival, the Feast of San Francisco Solano.And also, if we add to that one of the most important villas in the province, such as San Pedro de Colalao, we need a place not only to rest, but also for the economy of our people to move because we have a lot of people, many artisans, people who industrialize milk, Farmers who show their potentials with their sacrifices and their laborious hands, and we want to make Trancas the pearl of the north we desire so much.

With regard to the National and International Horse Festival, can you tell us when this initiative arose that lac turned into a traditional holiday for the Tucumans?

The initiative was on the part of my father in 1983, who was the first mayor of democracy, Raúl Roberto Moreno, an mayor ad honorem, since he never paid a salary, he donated it for 4 years to the hospital in Trancas and the income from the entries of the National and International Horse Festival were for the benefit of the hospital. Also this idea had to see that in Trancas there are many tambos, it is a very important dairy basin of Tucumán and northern Argentina, since it is the third basin of the Argentine Republic.

As for the horse, until today it plays a special role, not only to herd the cows.Remember that before it was the mobility of Belgrano, San Martín, Barnabas Aráoz, was the army's war tank, it was also the vehicle of our grandparents and great-grandparents, and that is why my father wanted to honor the horse and had this idea, to make a traditional holiday and that move the economy and somehow seduce people who approach the municipality into spending, where that income was and is a benefit to Tranquans.

It started as a very small party and is now one of the five largest festivals in our country, and the largest in northern Argentina. It takes place the first days of October and by that time we visit many people from all over the country and also from abroad. It also has food courts, with fondas, artisans, riders, more than 2000 dancers in the field of dressage, more than 3000 gauchos parading, groups in the country, and that implies that the economy moves a lot since, with the entry of the Horse Festival, we have been inaugurating works for our Tranquans.This holiday is a registered trademark in our village, a tradition of Trancas.

Considering that Trancas is a tourist place what is Pozo del Pescado? and what can you tell us about El Boyero Spa?

For us, Pozo del Pescado is a place chosen by God, over 500 years ago. The story tells that San Francisco Solano, a Franciscan priest, an evangelizer, who walked with his violin everywhere evangelizing in South America, arrived in Tucumán, and passed through Trancas, where we have the culture of the Indians Choromoro, Candelaria and Diaguitas, and with his music he wore God's word to these communities. Then came a time where drought and famine invaded the whole north, and San Francisco Solano, asking God for this cause there was a miracle.He nailed his cane to the place that today is called San Francisco: Pozo del Pescado, and at that time the water sprouted, the lagoon was filled and not only people drank it, but also ate fish, that is why it is called this place. They are healing waters, people of faith will ask for their health and several testimonies stated that they have been healed, they are miraculous waters.

Regarding the El Boyero Spa, it was built in 1983.At that time, the municipal government put to park on the side of the Salí river (the most important river that passes through our province and provides water to the El Cadillal dam), this spa was made which until today is free. When we inaugurated the summer season, the regional economy fair works, selling their food, handicrafts and showing through brochures what we have to show the Tranqueños, for example the story of Lola Mora who was and will always be ours, a great renowned artist in Tucumán, in the country and in the world through his sculptures.

On Tradition Day, what does the gaucho municipality of Trancas plan to do for this date, taking into account the current context due to the pandemic?

Due to the pandemic, on Tradition Day we will honor our gauchos in a virtual way. We have many gaucha groups and we will do competitions for the best gaucho, for the best mount, braided, the best rider will also be chosen, the dancer, the best donosa. Likewise, we will combine everything that is creole skill, animal, leathers through the saddler also made of hat, boots, caricantine, vest, tail (leather suit so that people who run in the mountain do not stick the thorns because the leather protects the gaucho). And, with regard to music, the chacarera, the jacket,  the cueca , the malambo, the zapateo, that is, everything about Creole music we will choose the best. In this way, we will continue with our gaucha culture.

Finally,  Moreno  concluded with a phrase that, according to him, is always dormant in his life. “The people who forget its origin compromises their future,” he said and, in turn, continued: “Our origin is gaucho. We love our traditions, we are inland people, inland people who yield, through tradition, the worship of our parents and grandparents for the sacrifice they made to educate us, to form the family. We can never lose this tradition,” he closed.