Crossing fathoms and bonfires in the fantastic celebration of the Feast of San Juan, which takes place in the town of Cochinoca in Jujuy. 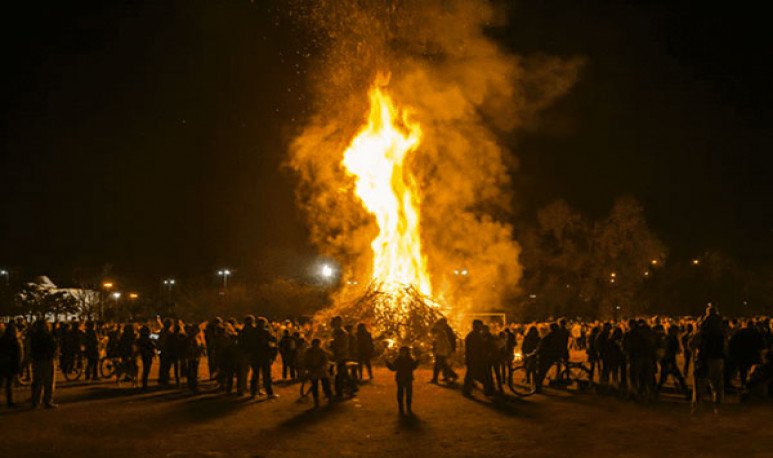 The Feast of San Juan is celebrated in various parts of the world, among the variants of the festival is that of the town of Cochinoca, in  Jujuy.  In this small corner located in  northern Argentina  , the traditional burning of sins takes place, between dances and music. Here its inhabitants give their maximum proof of their faith and cross at least three times barefoot on fiery fathoms. We invite you to discover one of the  most ingrained customs of the northern puna.

This is a celebration in honor of  Saint John the Baptist.  It is a tradition with strong pre-Columbian roots that takes place in Cochinoca, a small apartment that is located at 3471 meters above sea level. Every year, precisely on June 23, its inhabitants live this festivity in a unique and picturesque way that attracts visitors and tourists from different parts. While no one can accurately establish the origin of this celebration,  for the locals it is one of the oldest, and has passed from generation to generation.

A special feature and distinctive feature is that each animal has a saint that protects it. St. John the Baptist in this case is the saint of the sheep, and by virtue of this he offers them as a sacrifice, for this worship. The festival is concentrated for two days, but the biggest attraction is the already traditional  “burning of sins”  held in front of his church.According to  tradition ,  if your faith is great and your sins small, then you will not feel pain.

At night, the church is decorated with candles waiting for the faithful who, once there, will take out the image of Saint John the Baptist for the pilgrimage. Outside  the sky lights up under fireworks , and as the embers are prepared where the parishioners who wish to burn their sins.Drinks made from milk with alcohol, and boiled wine with cinnamon are served.

The people and inhabitants of the place prepare to worship Saint John the Baptist. Some men decorate their outfits with suri feathers as a way of decking themselves. They also sound horns made with reeds and drums to the rhythm of those who encourage themselves to dance to perform the worship.

As midnight approaches, fiery embers are arranged, through which those faithful who, in an act of absolute faith, will pray or atone for their sins will pass. Under the scream of !Long live Saint John!, the faithful walk at least three times barefoot through the embers,  and win the applause of those present or curious who look amazed at the daring. 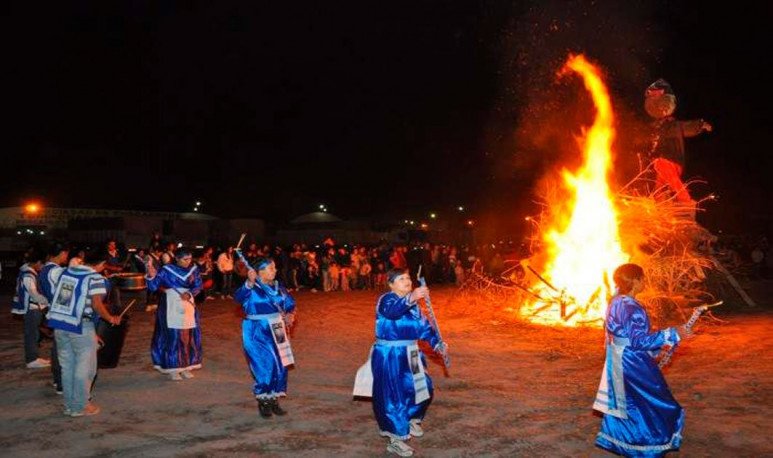 Some pilgrims confessed that, after the burning of sins and their deep faith in St. John, they could be cured of serious illnesses or afflictions. In addition, about the experience of passing on embers, they expressed that it is impossible to be able to describe the sensations and what is felt. The ritual lasts about an hour, and then they go to the Church to receive the final blessing of St. John the Baptist.

The celebration dates back to time immemorial, although it changed over the years. In the Puna Jujeña, its importance persists above all to leave a legacy to other generations  as a sign of what the fervent faith of an entire people is capable of doing.