Casabindo Bullfighting is the only bullfight in Argentine culture, it is part of the honor to the Assumption of the Virgin Mary. 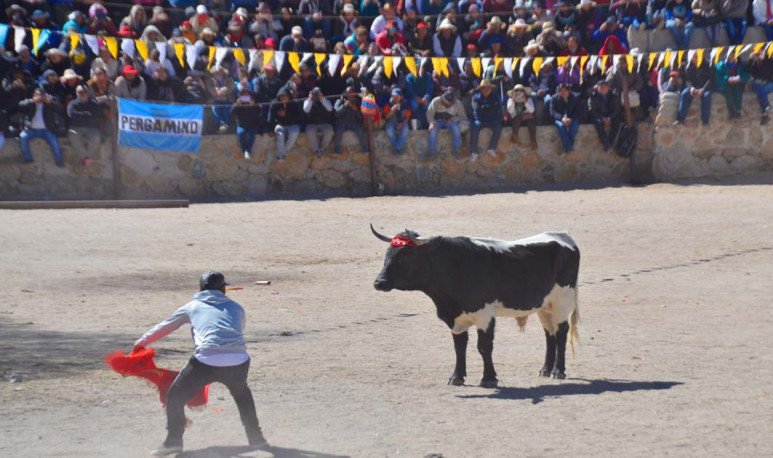 It is a unique holiday with a  popular participation. At first, when we talk about the  Bullfighting of Casabindo  and  the Assumption of the Virgin Mary  , we would refer to a Catholic theme. But the encounter is much more than that, the cultural and ancestral currents that influence are very different from each other.

Actually the tradition is called Torreo de la lincha de  Casabindo , and it is not a bullfight like the ones we can see in Spain. Here it is summed up in a game where the prize is a headband, and man and animals dispute it. With a strong spiritual passion in the name of freedom and the Virgin Mary.

The original town was subjected by the Spaniards who exploited the Casabindo mines.  Quipildor Tabarcachi  raises the idea of being free, but is captured and imprisoned. The Spaniards take him to the bullring in Casabindo. Once inside, none of the bulls that was there attacks him. Seeing that there was no reaction, one of the Spaniards asked to remove Tabarca's headband with silver coins and place it to a bull for him to recover it. The young man manages to recover his headband, but at that moment he is attacked by one of the bulls that generates fatal wounds. Before he died, with his last strength, Quipildor consecrates the headband to the Virgin Mary. This happened on August 15 and that's why Jujuy maintains this tradition for freedom.

It is developed in front of the church of Casabindo. The main activity is to remove from the bull a headband with silver coins. An activity that does not pose a cruel relationship with the animal as we could imagine. The people are concentrated in the name of Freedom, Justice and the Virgin Mary.

In the  jujeños  festivities you can see other customs and regional cultures. There are bands of sikuris, the bull dance, Samilantes, Erke's dressing tables, and also offerings for the  Pachamama .