Immigrant Day in Argentina does not exist to divide. On the contrary, it is a manifestation of our idiosyncrasy that is honored and celebrated. 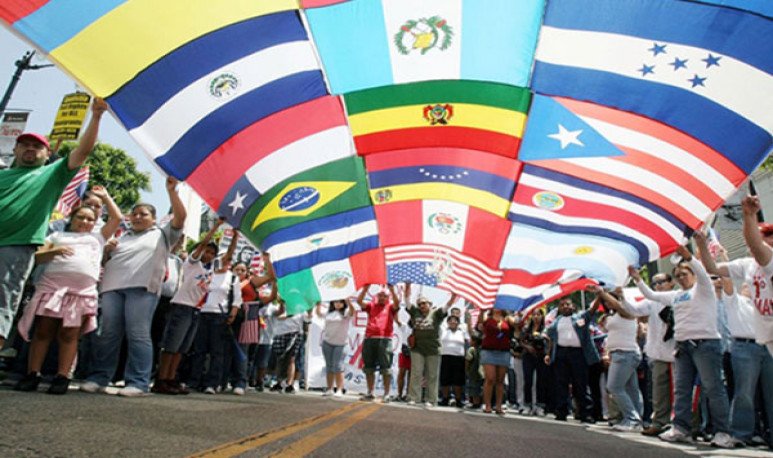 Suffering, desolation, uncertainty, relief,  encounter  and new beginnings . Leaving one's home to embark on a trip to another country is never an easy decision. More when there are extreme situations that drive it, such as  wars, exiles or poverty . The truth is that  Argentina  represented a  trigger of hope  for  many  families  around the world  looking for a better life. He's still doing it today. Although it was the people who arrived on local lands hundreds of years ago who won a particular date. Thus, every  September 4  is commemorated on   Immigrant Day  . With  parties, memories and anecdotes  that represent an  undeniable aspect  of our  culture .

On this same day, but in  1812 , a  decree of the First Triumvirate on  immigration protection was published. In this way, the national government  committed itself to the immediate assistance  of all persons arriving from other sides. He would also do with his family members and those who wanted to settle their domicile within national limits. They were also  assured of the full use of human rights  in society. The  only condition  required was that they should not disorganize public tranquility and respect the laws in force.

Already with the bases settled, let's take a leap in time and go to our beloved  National Constitution  of  1853  .  Article 25 of which  ratified the incentive for the residence of foreigners in the country, which stipulated: “The federal government shall encourage European immigration and may not restrict, limit or tax tax any entry into Argentine territory of foreigners who bring for the purpose of tilling the land, improving industries and introducing and teaching science and arts”.

Then, in  1876 , came the  Immigration and Colonization Act responsible for creating the  Department of Lands and Colonies . The agency was responsible for monitoring the facilities to be allocated to settlers and to distribute all lots of land orderly. Thanks to this  possibility  there was a  massive migration  that  opened the doors  to  endless generations  . An instance in which the establishment of Italians and Spaniards prevailed, but also Swiss, French, English and German.

“ To govern is to populate”

Immigrant Day and its commemoration on September 4 were established in  1949 .  It was through Decree   No. 21,430 and under the Government of Juan Domingo Perón  . There, it is recognized that  the Triumvirate document  represented a  starting point  for a  government policy that hinges  in Argentine history. It also highlights the desirability of paying permanent and public homage to foreign brothers of all ages.

The red land was no exception

We now know that migratory phenomena have been present in our country almost since its formation as a national state.  But what about  Misiones  and the City of Apostles?  It turns out that the latter was the area where the colonizing process began within the province. It was carried out with the  settlement of the first nucleus of immigrants , who were mostly engaged in  agriculture and yerba production . This is one of Argentina's most  emblematic   economic resources  .

In  1897  , the movement took place following  an organized colonization program promoted by the Argentine Government  at the time. Therefore,  14 families  from  Ukraine and Poland  mostly settled in the missionary locality with promises of development. Subsequently, they were given an area of between 25 and 50 hectares to each of them.

Later, a report by the Directorate-General for Lands and Colonies of Missions gave revealing data . This determined that the village had at the moment  2,662 inhabitants . Among them were  Austro-Hungarians, Argentines, Brazilians, Italians, Germans, French and Paraguayans . From then on,  Apostles  began a path to  progress that made  it one of the most significant urban centers in Misiones. In turn, he did so gaining  diversity and traditions  from those  first settlers  who found a  shelter in their lands  .