We tell you what are the two competitions that the inhabitants of Tierra del Fuego enjoy the most. 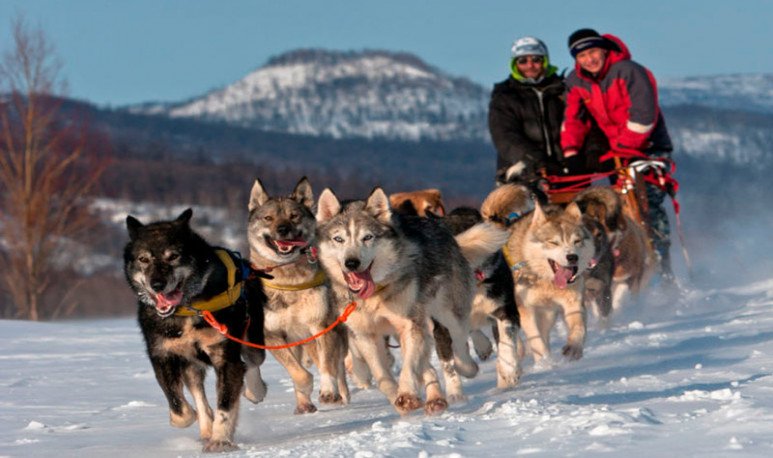 Tierra del Fuego is   one of the most unique islands in the world   . Being the southernmost part of the planet's continent,   life there has its conditions, but also its advantages   . We tell you what are the   most typical events that fueguinos and fueguinas enjoy   year to year.

This celebration is one of the icons of Tierra del Fuego. Since 1995 it represents a   meeting place for artists   that year by year have been approaching, both from the country and   other parts of the world.   The beginning of the competition, was given from   a group of members of the Usunday Foundation, Chaco sculptors who managed to spread the techniques to develop these types of figures   . The Art Association “Formas del Fuego” along with the Undersecretary of Culture and Education of the Municipality of Ushuaia also accompanied the development of this festival.

Over the years, sculptors from countries like the United States, Canada, Mexico, Australia were approaching to show their skills and participate in the contest   . The festival was achieving such a mass, that in 2002, on the initiative of the then National Deputy Omar Rubén Becerra   Ushuaia was declared the National Capital of Snow Sculptures by Law   n. ° 25638

Teams must be made up of   three people over the age of 16   , which must present a sketch prior to the beginning of the sculpture. Each team will have   a snow block of 2.40 m x 2.40 m x 2.40 m   it will have to be sculpted on all their faces and can not be increased in its volume.

The   tools are provided by the organization   and consist of: a kit with wide shovel, ladder, saw, curved rimmer, flat rimmer, grater, spout, plastic bucket and small axe. Snow, water and other tools not supplied can also be used, except electrical or combustion equipment. The awards awarded are: the Sculptors' Prize, the Adult Audience Award (first, second and third prize) and the Children's Audience Award.

The race   sleds pulled by Siberians   is a great way to start with all   winter season   . The race is   recognized throughout the American continent   because in the southernmost city in the world have the   ideal conditions   for its excellent development: landscape, weather, dust snow,   specially bred dogs   to pull sleds and also the mystique of being “the end of the world.”

This activity is known   internationally   and it is called”   sled dog race   ”. It has the unique appeal of uniting the captivating beauty of   great snowy valley in the south of Tierra del Fuego   with the skill and agility of the   beautiful dogs   , genetically adapted to climatic conditions and   sportively trained for the enjoyment of the game   and competencies. Everyone is very attentive to the command voice of their director (driver).

The race   dog sleds in Ushuaia   is developed in the   provincial ski trail in the city   , usually in June. The last editions consisted of four stages of a distance of approximately 21 km. Three of them are developed by day and one is nocturnal The modalities are ፦sled dog (dog sledding) -six dogs/skijoring (skier with dog) -a dog (promotional)