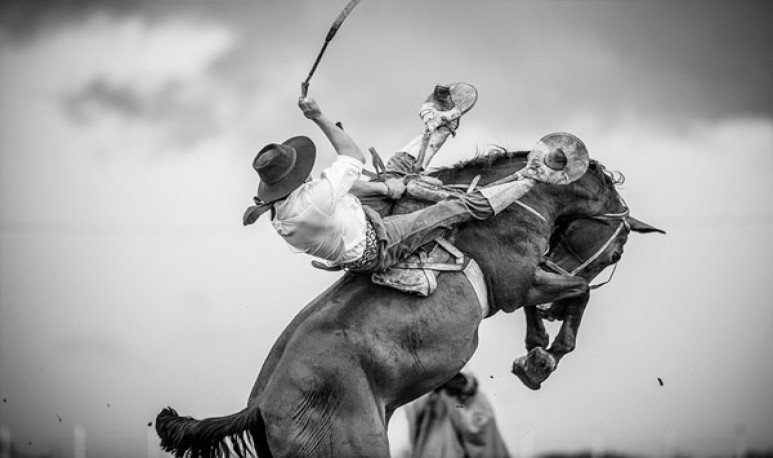 The  Patagonian  province of  La Pampa  has three national festivals , which call forntilde; or by year to thousands of concurrent. The cities that dress up for the celebrations are  Ingeniero Luiggi, Eduardo Castex and Victorica .

The city of Ingeniero Luiggi, located in the cereal area par excellence, northeast of  La Pampa , receives every year in January the National Festival of Horse and Tradition.  The town was founded in 1910 and owes its name to the engineer Luis Luiggi , it was the one who made the plans of the village.

The origins of the popular festival date back to 1973 , although a year before it had thought of as a night riderer, but it was growing, it was transformed into a celebration with ridesteada and rides, and then incorporated the parades of entrepreneurs and tropillas established through the streets, which were they would become tradition.

In 2014  it was recognized by the Ministry of Tourism of the Nation and was declared a National Horse and Tradition Festival  , with an offer of events for all tastes.

It starts with duck, polo and creole jumping activities while the first night is for young people, with the participation of local artists and cumbia groups.

Saturday starts the different categories of rider, which is a qualification for the next day, to close with national artistic shows.

National Festival of Wheat and Bread

Also in January, usually in the second fortnight, is held  in Eduardo Castex the National Festival of Wheat and Bread . The city was founded in 1908 and is considered the  provincial capital of wheat.

The party lasts 9 days, starts with a “Night-Trigo-Fest”, which kicks off a busy week of activities in the town.

One of the most popular events are the trigueras days, in which the provincial champions who will later participate in the national tournament in Liones, Córdoba, are elected, as well as the tasting of artisanal bakeries produced by bakers in the region. The traditional closure takes place in the central night, with the choice of the queen and the performance of local and national artists.

Like the National Horse and Tradition Festival, Wheat and Bread gained national character in 2014 and a well-deserved recognition was given to the popular celebration that, since 1946, has enjoyed agro pampeano.

Victorica is adorned every February to receive during “eight moons and sun” the National Festival of Animal Husbandry of West Pampeano, which welcomes riders from all over the country to go out to the dressage field. The town is also the first to be founded in Pampean territory in 1882 by Colonel Ernesto Rodríguez, after the c ampaña del deserto .

The origins of the celebration date back to the 1960s to spread the cultural manifestations of the region.

Just as riders of the different categories are developed, the public can tour the trade show and the exhibition of artisans, which are also complemented by silverware, creole rope and free workshops for those interested.

There is also a parade with tropillas, entrepreneurs and floats with the applicants to queen. After the musical shows and the election of the sovereign of the Western Pampeano Cattle, the folk clubs of the place continue with the festival until dawn.

Three proposals to enjoy the summer pampeano surrounded by a traditional and well Argentine climate. And you, do you have a favorite popular party or do you go at three?