Home Argentine Traditions There is one empanada for every Argentine

Almost every culture has their version of what we know as “empanada”. But ours are unique and unrepeatable. What is its origin? 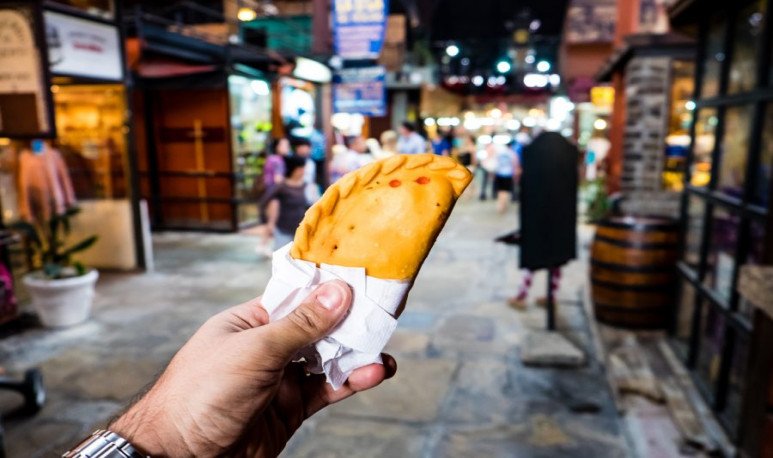 Almost all cultures have their version of what Argentines know as “empanada”: Indians call it   “chapati”   (not exactly the same, but it is very similar), Arabs   “fatay”   , the Mexicans   “taco”,   and, if we think about it a little,   “calzone”   Italian is a kind of giant empanada. In fact, it is something so widespread because its composition is   simple and perfect   - a filling (completely changing depending on the culture) wrapped in a thin baked dough (sauteño style) or fried in oil (Tucumano style). But,   what is the origin of empanada as we know it?

First of all, it is never hurts to clarify that there are as many recipes as people and that flavors evolve hand in hand with gastronomy trends: from the first, the classic meat, ham and cheese or roquefort, we pass to chicken, vegetable, corn, humita, bacon and plum, calabresa, and even more seen gourmet versions with palm trees, caprese, fish and seafood. But ours have   a pretty particular story.

The origin of the empanada

At the moment, with the name there is not much doubt: “empanada” comes from   “breading”,   what is   “Put in a bread.”   While this is not a bread (if not, we would be talking about a sandwich and not a pie), the name applies quite well.

It seems that the Spaniards (that is, our ancestors) met them hand in hand   of the arabs   (approximately 12th century). But there are also traces of cooks of the   Ancient Greece   that they did something similar (what they valued most was that it was a transportable and cookable meal “on the campaign”, something very useful if you're at war), but they are   the persians   (what we call today Iran) those who first show a habit of eating this dish,   several centuries BC   .

Between us there are outstanding disputes that form real “cracks”: the pie, baked or fried? And if we choose meat: minced or cut by knife? Daddy or no potato? Raisins, yes or no? Be that as it may be,   we all have a favorite:   Thanks to their almost total versatility, empanadas are suitable for any consumer. Carnivores have one and vegetarians too. With spicy and no spicy. Bomb or light. Cold or hot. There is for everyone. So, when it comes to eating something rich and simple, we do not hesitate: we think about empanadas,   a must-have meal for most Argentines.

Here I start to sing