Every year, the province of Corrientes dresses up to celebrate the National Festival of Chamamé. But this edition is renewed in a special way. 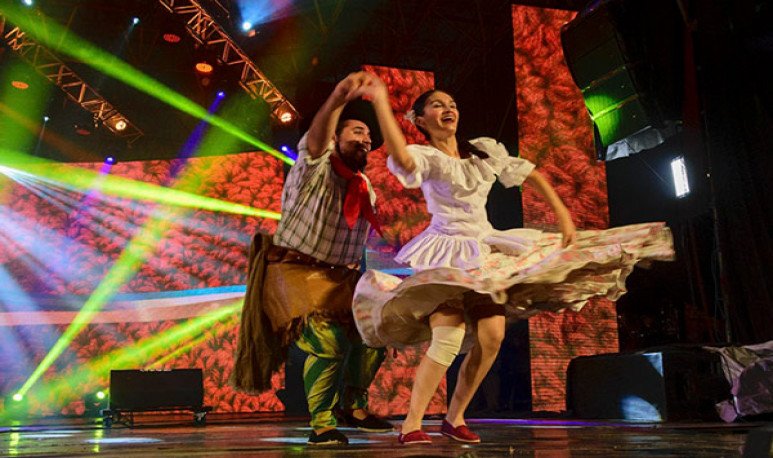 In December it was declared  Intangible Heritage of Humanity  by Unesco, after an extensive struggle concreted by the Correntino village  . The achievement resonated in every corner of the country and there was no Argentine who didn't know about the news. Even, the obelisk came to light up in his honor during the special day.  So the Chamamé National Festival in 2021 has an even more special taste . It could be defined as a combination of victory, popular spirit and artistic expressions at its greatest splendor.  The chosen date runs from January 15 to 24 and the modality, of course, will be virtual . And although you're going to miss face to face to party, joy can be more.

Throughout the days, the festival will have  a grid composed of more than 200 artists . There, music and dance shows that made up the program of the last decade of the event will be broadcast. This was the way the organizers found to await the conditions pertinent for a face-to-face return. However, the health crisis will in no way overshady the long trajectory of the festival and the relevance of this music and dance.  So it was decided that the shows would be broadcast from 22 on a satellite signal emitted from Corrientes . This makes it possible that other provinces that want to share it can also do so.

This collective passion that does not admit ramming

Initially, the Chamamé National Festival was scheduled for Friday 15 January at the legendary amphitheater Mario Tránsito Cocomarola. But times are dynamic and more when it comes to the presence of coronavirus endangering people. Then, the provincial government was obliged to stop the celebration until the harsh context permits. However, the will is the last thing that is lost and  the  chamamé  will sweat the screens  of various television channels. Likewise, state social networks will serve as a support to disseminate and no one is left out.

As for programming, this was a work carried out by the Institute of Culture of Corrientes.  The scheme was diagrammed from archives recovered from the Chamamé National Festival between 2011 and 2020 . From the organization they pointed out that the goal is to reflect the contribution of the  largest number of artists from all over the “chamamecera nation” . That is, those who participated throughout those years and will be distributed in ten days of uninterrupted programming. Among them are Correntinos, Chaqueños, Entrerrianos, Formoseños, Santefesinos, missionaries, from Buenos Aires and other parts of the country, as well as guests from Brazil and Paraguay who have a central place in each edition at the festival.

The National Festival of Chamamé aims not only to give a space to regional music, but to all artistic expressions. That is why new areas were created within the framework of the declaration as intangible cultural heritage. In this case, the exhibition “Sensation chamamé” will take place at the Museo de Bellas Artes “Dr. Juan R. Vidal” in  Corrientes . It is an exhibition of photographs by Monica Lena that immortalizes unforgettable moments of the celebration that has everyone practicing sapucay.