Hundreds of Correntinos claim to have seen in the sky the image of the Virgin of Itatí. A message of hope in difficult times. 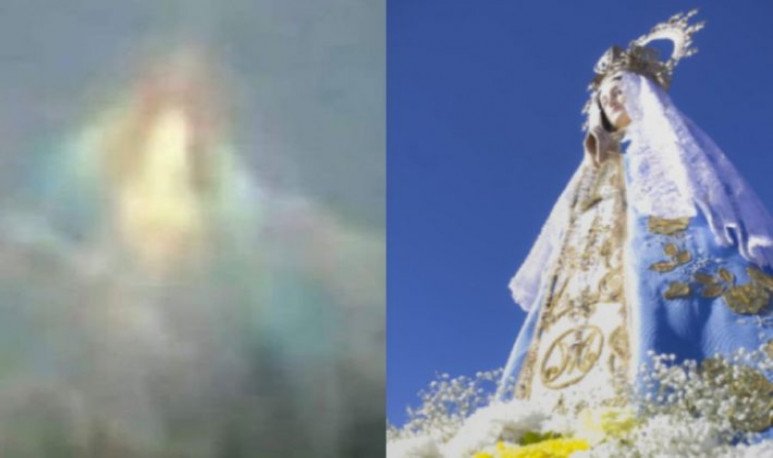 Days ago, Pope Francis granted his indulgence for the  coronavirus  pandemic to millions of Christian faithful. He did so in front of a deserted St. Peter's Square, in the middle of one of the largest pandemics in history. “A bleak void that paralyzes everything in its path. It is throbbed in the air, the looks say it,” the pope said. “Let hope revive. This afternoon I would like to entrust you all to the Lord. Through Our Lady, God's blessing descend upon you”, requested the Holy Father. And, apparently, the Virgin heard it.  For a light of hope shone on the sky in front of hundreds of people.

Testimonies indicate that the apparition happened on Wednesday, March 25, at about 17. The Virgin could even be photographed by the residents of the town of  San Carlos , the place of the miraculous event. “In the sky it began to form like a rainbow. Then they appeared as droplets that began to form the image in the sky around the sun,” the witnesses said.

The photograph is surprisingly similar to that of the Virgin of Itatí, Patron Saint of Corrientes . The image was distributed in local churches and her message of hope was viralized on social media. They even started running versions that some neighbors could see the same image in the town of Candelaria,  Misiones .

A Virgin for Epidemic Times

The Virgin of Itatí is one of the most venerated figures by the Argentine Catholic faithful. An expression of love for Our Lady of Itatí is the multitudinous annual  pilgrimage  . But, also,  Our Lady is famous for her miracles and apparitions . There is one in particular, not so famous, but with a lot of hope for the times ahead. On October 5, 1631, a plague of locusts ravelled one of the Correntine cities. The villagers asked the Virgin to pass the terrible epidemic. The chroniclers say that several times on that day an unknown music was heard. The face of the holy image was illuminated with extreme beauty. The next day, that indescribable music was heard again and they were all very impressed and amazed. The plague had disappeared.