Something simple like a chorizo sandwich can be more than that, part of various rituals and bearer of great stigma. 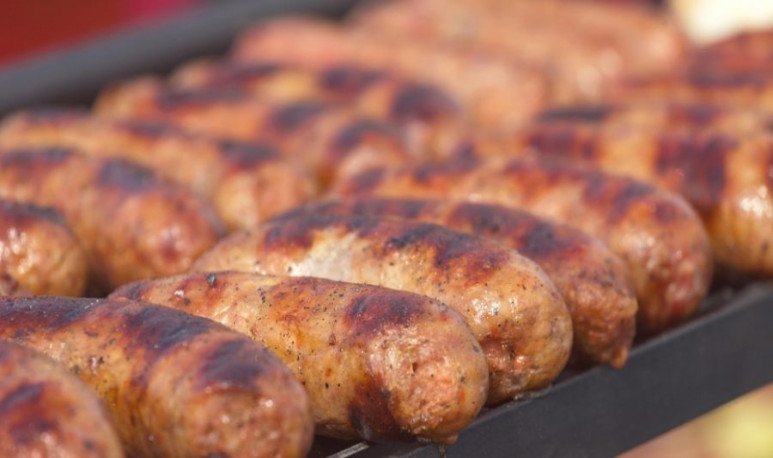 Something as simple as a chorizo sandwich can be much more than that. Beyond the forms of preparation, its virtues linked to its taste and its simplicity for cooking and distributing it, chori is part of various rituals and bearer of great stigma.

When I was a girl and asked my dad if there was a lot to eat the roast, his answer was always the same: “In a little while the choris are out.” Chori is the first good news of the  barbecue : if you are already hungry, it is the one that comes to alleviate the voracious appetite and leaves you happy until the meat and everything else arrives.

Chori is also the typical food of the football day: on weekends, people line up in front of the grills of the various stadiums to eat the most Argentinean sandwich of all. It is not the same to go to the court if you overlook this little ritual.

But this food also carries a stigma: there is no worse way to accuse a politician of his lack of call than to tell him that those attending his actions go “for  chori and coca .” Half myth, half reality, the practice of buying wills with a choripan ended up becoming the emblem of the political circus in Argentina.

As we see, when we talk about the chori, we talk about much more than food. The chori hides many notable senses, it is tradition, it is folklore, it is myth. Unwittingly, it is one of the great symbols of our argentinity.

Of sausages and rituals

The first of the allusions to the chori is the most neutral of all. It has to do with Sunday roast, taste and barbecue. Then, like everything in our beloved country, can be debated. Yes, there is debate about this too. Because let us not be naive, there is variety and therefore there are loves and hatred. Well, love and hatred may be a little exaggerated, but let's see what it is. Chorizo can be  pork , meat or mixture. And here comes the question, each one defends his favorite, with arguments and counterarguments based on the subjectivity of taste. At the end of the day, to say which is better than others, you just have to prove and give verdict. It is true that pork is softer in taste, but as chorizo is a manufacture, they come in game ingredients such as seasonings, which will depend on the hand of the one who makes them.

The second reference, has to do with unity, are two rituals in one. Choripan plus football. Here everyone wins, add two very national experiences. And if we go back several years, when football was still familiar, there is no one who does not have nostalgia for some memory of the  match  with the “old man”, sharing the passion. If you lost your team, there would always be the time to meet, the line on the waiting walking grill, with the swollen commenting and encouraging the training decided by the Technical Director, the regret for the player who was injured, the penalty badly charged last time, and endless comments, which amateur sports journalist.

The third, and less happy of all the links of the most popular sandwich, is a sign that passion for everything. sometimes, we get out of hand. That's popular, maybe there's the key. When political parties take over concepts they don't know how bad they do to us. That something is popular, means that it is for everyone, that it is within reach of those who have and those who don't. Choripan is, in that sense, very democratic. To try to stigmatize something so ours, on one side and on the other, is just one more  political  strategy.

You know, the chori is Cordovan