The Southern National Folklore Festival was aggiornated to the time of COVID-19 and made a different but successful edition. 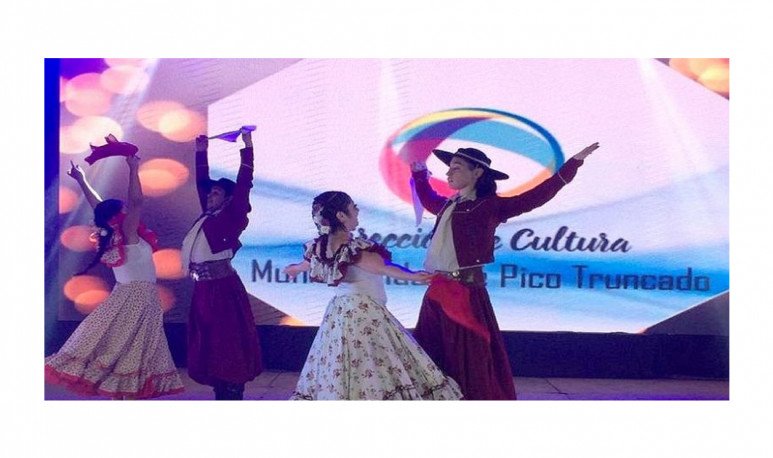 Pico Truncado  is home and birthplace of  the Southern National Folklore Festival  . The city of  Santa Cruz , to the north and a few kilometers from the border with the province of   Chubut   enjoyed a new edition of the holiday in a particular way but according to a   new normal   that, increasingly, is stretching longer: via streaming and With   anti-Covid protocols , the organizers commissioned that another year is a party.

Key in this celebration is  the southern term, that word of extra, rarely used in everyday life but which, however, gives a new meaning to the event. It is understood that, this style of music is popular throughout the country but Santa Cruz celebrates and organizes it being the  southernmost place, like those differentiations between the  Pacific and Atlantic  Salmon  Festivals , festivities held in   Carrenleufu   and in  Camarones , respectively.

The last edition was number 52 and, in addition, a total virtual success: adaptability skills in the cultural sector are common currency and often a difficulty for organizations but Pico Truncado carried it out perfectly: with a grid of schools, dance groups, mu ; sicos and musical bands of local culture, ie local and some regional. Interactions with the public through live broadcasts on different digital platforms, such as Youtube and Facebook, exploded and closed with a large number of views on official channels, as various media broadcast the most popular event important of  Patagonia .

All participants have declared their enthusiasm for the realization of it, after a hard year for all , not only in the mood, but also in the economic and cultural. One more way to “cope with what we are living, we are struggling not to lose, be able to be present, we have to put a lot of heart,” added Carmen Saldivia, from El Fortin de López. “The important thing is to know how to take advantage of the different circumstances that are presented to us,” added Héctor Quintana, from Ayuntué.

It should be noted that previous years, the presence of nationally renowned artists was practically the strawberries of dessert: in addition to enjoying schools and varied groups from Santacruceno and Patagonia in general, the presence of musicians such as   La Sole ,  Hugo Gimenez Aguero , the  Abalos Brothers , Coplanacu Duo,  Tekis , Nestor Garnica, Facundo Toro,  Ruben Patagonia  , among many others.

The beginnings of the southernmost folklore festival dates back to a small activity that took place in 1968: enjoy a folk rock and raise money for the co-worker of an elementary school . Year by year, what would begin as a meeting between inhabitants of Pico Truncado and surrounding villages, became a recognized stage throughout the country to compete, enjoy good folklore in a southern summer.

The commitment of the people and the organizers of this festival was always and is the refoundation of the roots, to establish the   Patagonian   identity thanks to the excitement of cultural transmission to through singing and dancing.

One more year, Pico Truncado hosted -virtual- of the Southern National Folklore Festival, according to a context that was adverse throughout the year but found a safe space to continue enjoying and sharing the culture so rich that is  Patagonia  and  folklore  .