One of the biggest disappointments of my life I took it the day I ordered my first chorizo steak in a restaurant. 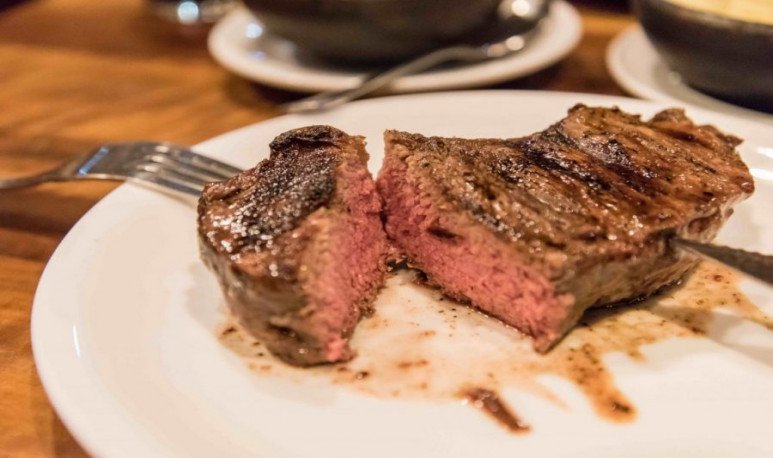 One of the biggest disappointments of my life I took it the day I ordered my first  chorizo steak  in a restaurant. The disappointment had nothing to do with the final product, which is a  miracle , a gift God gave us to Argentines, such as  the Iguazu Falls  or  Aconcagua .

Santa Claus doesn't exist and the chorizo steak either

I honestly don't remember how that initial chorizo steak was like, I would be about five or six years old (which, now that I think about it, does not speak very well about my parents, willing that the baby dive  400 grams of meat  at a dinner), but with all certainty, he honored the line he represented. The disappointment, he said, had nothing to do with the product, but with the expectation that the name had generated for me. I couldn't say what exactly I expected, but without a doubt, something more related to the word chorizo than to the word bife.

Let's understand that the fantasy and imagination of a child is something to consider. Rather, the disappointment of expecting something that not only does not come, but also comes something else that has nothing to do with expectation. It seems a little “you're not going to traumate because of it”, nor will it be necessary to do therapy and include a session that stars the “failed” chorizo steak. I know, but it's those stories, anecdotes, that for some reason are going around, they don't get lost over the years. Everyone (or the vast majority) remembers that moment when he discovered that the gentleman in red suit and white beard looked too much like parents... well, I also remember that on my plate they served something very rich, but little resembled a steak shaped chorizo.

Why and a thousand times why? (Sorry to the “choriceros”)

Why is it called that? What I'm going to say is going to win me detractors, and good that in Ser Argentino they do not publish the address of the columnists, because it would be almost impossible to avoid the manifestation of an angry mob at the door of my house, but the chorizo seems to me a somewhat minor product. That is, it is not that it is less in itself, in fact at least I eat it about twice a week, but next to the  entail , the  vacuum or the   roast  of Pull, it's, let's accept it, a little mediocre. So why choose just that word for one of the noblest cuts of the cow? To disappoint children? Good thing that's only possible at first, because it's so but so rich, that even if it was called a plutonium ball, I, at least, would still choose it.

After all the story and I download, I know there will be no alternative: I'll have to do a research job? I already have a second part planned for the note, this matter will not be left in the nebula of ignorance. Beyond my clear subjectivity with poor chorizo (is that at the end of the day, it is a sub product, manufacture of meat cuts), I would like to know the reason why that blessed steak, which I enjoy eating so much, was baptized with such a peculiar name. Stay tuned, I've already made my list of butchers, attended by experts who will be able to collaborate with the answer. A part of me knows in front of hand that there are probably more than one versions and that in the end, I will have to choose which one closes me, more for a matter of faith than certainty.