Queens of all departments spend together the days leading up to the National Harvest Festival. The secrets of real coexistence. 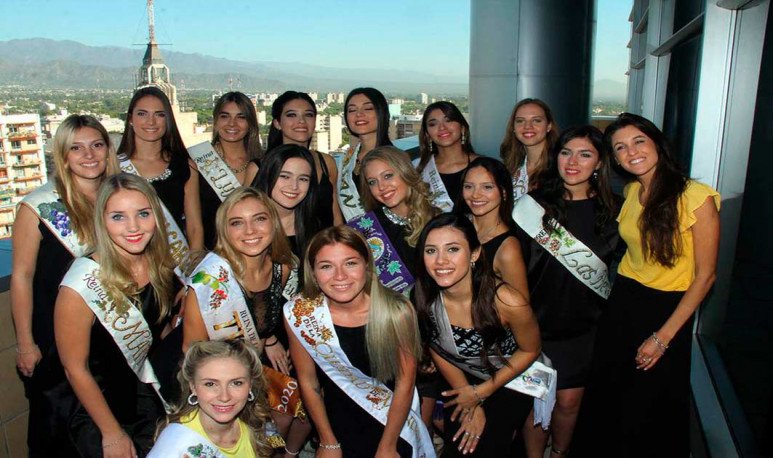 Like a reality, like a real Big Brother.  The 17 queens elected in their respective apartments are installed in a central hotel from February 28 and will do so until March 7 , the night of the central event. Real coexistence aims to get girls to know each other, generate a relationship of friendship and not competition. But, fundamentally,  it seeks to train them in social, cultural and vintage issues such as history of Mendoza, wine tasting, protocol, voice care, yoga, cuyo cuisine and other topics of interest.

The  culture  authorities already have the armed schedule. Minister Mariana Juri stressed: “ We will begin at their request with talks about gender-based violence . There will also be others on tourism issues and on wines. Finally, we will inform about different social and protocol activities that they have to carry out these days.”

For these days of royal coexistence, the rulers lack the hours of the day to fulfill everything they have scheduled. “It is a very intense agenda where we have tried to reconcile rest schedules with training and participation in activities.”

Queens began to fulfill their responsibilities with the first Harvest event.  The   Blessing of Fruits  took place in the department of San Martín and, there, queens officially released their attributes.

Then, the royal coexistence will take them to Mendoza airport, where on March 4 they will participate in  the Harvest Festival, with the presence of Ciro Martinez and the Mendoza Philharmonic.  Finally, the most awaited weekend will arrive with the  Via Blanca and Carousel  , where each will walk through the streets of the city in their allegorical cars to the products and services that each department has to offer.

Finally, on Saturday, March 7, they will all take the stage of the Greek theater Frank Romero Day and await, expectantly, the vote count of the people to meet the new National Harvest Queen.

5 programs to enjoy the Harvest in Mendoza