The Provincial Festival of the Pineapple in Colonia Aurora

The Provincial Festival of the Ananá will be on Saturday 22 February, in the town of Colonia Aurora, province of Misiones. We'll tell you what it's all about. 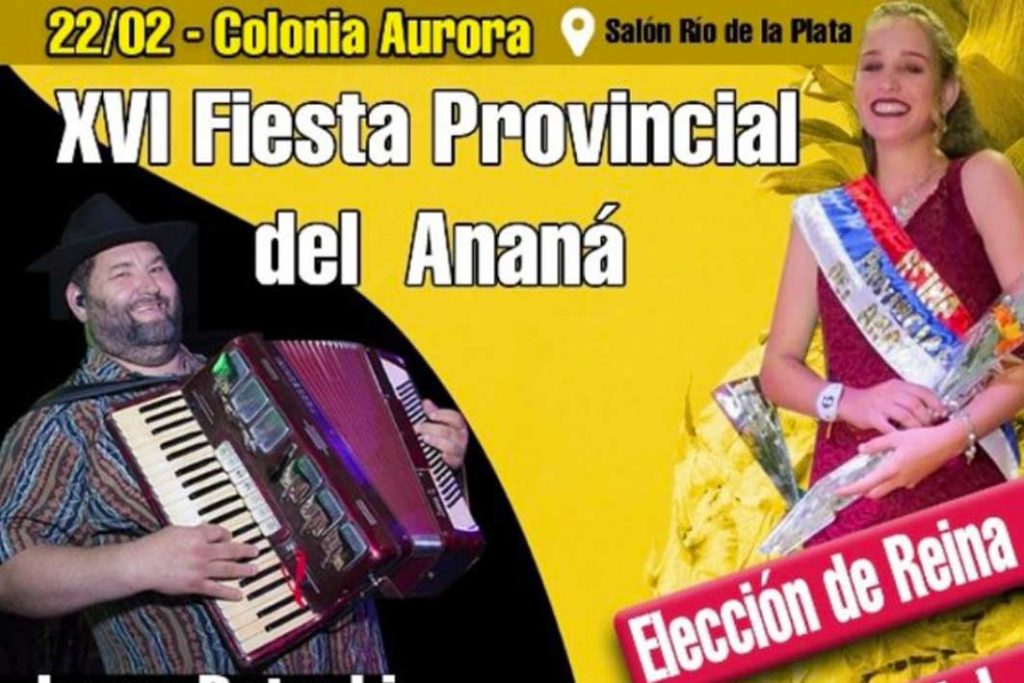 In Colonia Aurora, Province of Misiones, every year the Provincial Festival of the Ananá is held. It will be Saturday 22 February in honor of one of its main fruits. The city of Aurora is the birthplace of pineapple. Located on the border with the Federative Republic of Brazil, the town is the main Argentine producer. One of the reasons for this is that the warm region is ideal for cultivation. This is because pineapple is a tropical fruit that does not tolerate frost.

The new edition of the Provincial Festival of Pana comes this year with a varied proposal. At the event there will be tasting of typical products, lunch, queen election and live shows.

The opening ceremony will begin at 10, in the Hall “Rio de la Silver” of the Capital of the Pana. It will be attended by producers and local artists. At noon there will be a large family lunch. Subsequently, from 14 pm, the election of the King and the Queen Kids. In the selection will involve children up to 9 years in a real festive frame with free admission.

Later, starting at 21, will be held the election of the Provincial Queen of the Anana. The closure will be done by pure music, by the musician Jorge Ratoski and the participation of guest DJs.

Did you try the pineapple from Colonia Aurora?

Colonia Aurora is a tourist place that offers sustainable agricultural productions. From the settler straight to the table! Its plantations are totally natural, without any type of agrochemicals that alter the properties of the fruit. In this way, you get a pineapple with a sweet and original taste. According to local producers, it grows alone, like everything that is planted in Misiones. Cultivation is not labor-intensive, nor does it require too much care. “It is not a plant that needs as much water as to install an irrigation system, the same rains are usually enough. The main care is to cover them from the sun, clean them and spray them,” explains Carlos Muller, producer in the area.