Home Argentine Traditions The pandemic has us maniseros!

The peanut producing sector is going to bomb it in the middle of the pandemic. Sewed the main production province and the ranking does not take us out. 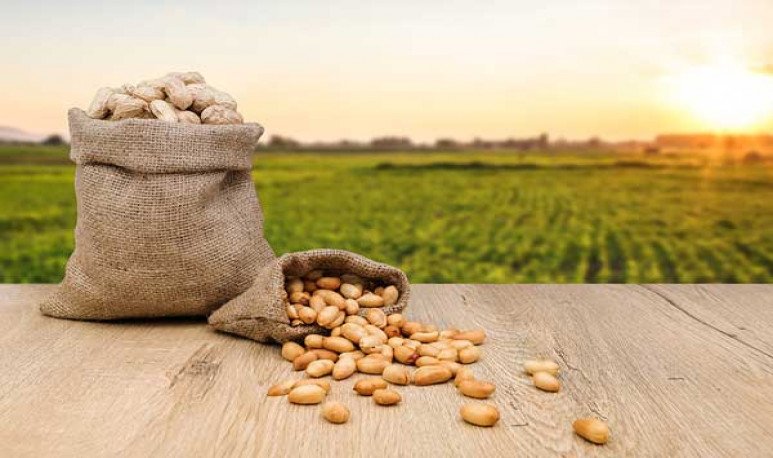 Because the pandemic has several producing sectors in a state of unknown . But this is not the case: Córdoba is still the main peanut producing province.That's why the activity redoubled the bet and    the averages improved compared to other years.The province is not only that of fernet and peperine, it is that of peanuts: it   concentrates 90% of national production.

Manisera production  is concentrated in the departments of  Tercero Arriba, Juárez Celman, General San Martín, Unión and Marcos Juárez.The highlight of these is Juárez Celman .  Its best known localities are General Deheza, Ucacha and La Carlota. Did you know?This part of the territory is located in  the south-central of the province  and contributes  more than 45% of the total provincial in peanut production. That's why this industry is iconic in the area .

The  process of collecting peanuts  begins in June, and is made  up of two stages.In the first, the plants are ripped off .  This is done so that the grain starts the drying process and then the peanut is collected.That's why it's a slow harvest, which depends more than anything on the drying process. However, the numbers show that the collection is going phenomenal.  This year was one of the most glorious for this agricultural sector.

According to the  Córdoba Cereals Exchange (BCCBA), peanut production  fell 8% compared to 2019.However ,   the crop 2020 had excellent yields.The harvest  conditions  were favorable and this caused that the losses at the time of the final harvest were lower than average .  The total produced by the province (more than 90 per cent of production at the national level) was  16 per cent above the historical provincial average.The provincial yield was 45.1 quintals per hectare (qq/ha) ,    surpassing 36% of the historical average of the last ten years.

Peanut is not only the main snack,  which accompanies the beer and  makes life happy . It is also the  main product of other meals,  and the central factor of the Cordoba economy. That is why, obviously, every year,  the National Peanut Festival is celebrated in these lands.A party that pays tribute to this crop and to all the workers of the manicured industry .  It is celebrated in  Hernando , a city in the Third Arriba department. Since it was  declared “peanut city”.Because it is located in the Pampas plain, a region of Argentina with a great agricultural and livestock development, with soils of maximum aptitude for the cultivation of peanuts .  And, as it could not be otherwise, obviously,  we use these features  as  an excuse to celebrate.

The National Peanut Festival is  one of the oldest traditions of Cordoba.In this year 2020 it would be celebrating its   65th edition.It is a symbol of cordobesity and an event that we all expect for a long time .   Each edition has its special feature, as it is constantly updated to attract  all kinds of audiences.Obviously, the Cordobes are always    supporting the manisera production and the caravan  around it.This meeting takes place in the central square of Hernando, with a huge stage where presentations and shows are made .    In addition, there is always a food court offering a variety of amazing options. This courtyard is made up of several food trucks that sell regional dishes and drinks of all kinds. There is also a space for the little ones, with games and lots of fun options. In general, the opening is free and free entrance.

This year is scheduled for the  weekend from Friday 13 November to Sunday 15.However, at this juncture, we will see what happens .  In the case of taking place this holiday will be  one of the unforgettable editions.Since the numbers and percentages are on the side of the    Manisera industry.