Home Argentine Traditions The national holiday of handicrafts is Santafesina

Every year, hundreds of artisans from Argentina all meet in Cañada Rosquín, a small town in Santa Fe. 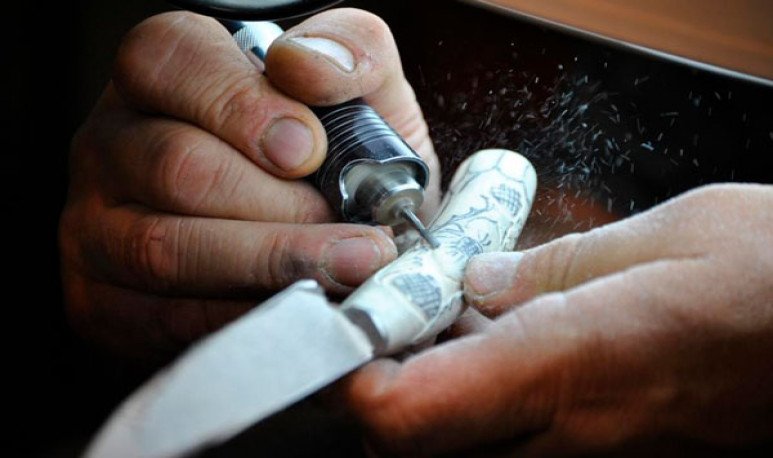 Cañada Rosquín is  located  in the Department San Martín. In the middle west of the province of Santa Fe. Located on the edge of Route 34, it is 146 km from the capital city. We are talking about  a commune that does not reach the ten thousand inhabitants . However, every November it hosts  a double national meeting, of great magnitudes : the National Festival of Creole Crafts and the National Meeting of Artisans Sogueros Hilario Frudone.

Traditionally agricultural center of its province, on holidays all Cañada Rosquín carries out a large exhibition of handicrafts. This has the presence of  artisans from the region and from the rest of the country . In addition, dances, music shows and typical meals.

The initiative to celebrate once a year the work of local artisans was made by a group of members of the culture commission of the municipality of Cañada Rosquín. The goal was to rescue, conserve and  spread the artisanal knowledge accumulated  by neighbors for decades. But, also, the idea of the organizers was to provide a  space for the exchange of  knowledge between those engaged in such  work , with the perspective of bringing together the rest of the country.

Declared of national interest by the Ministry of Tourism of the Nation in 1998, over time  the event was winning in concurrence and scheduled events . The diagramming of the activities is in charge of the Traditionalist Center “La Carreta”. This institution has as its mission the revaluation of artisanal artisanal and cultural creations based on local traditions and customs.

A feast worth knowing

In recent editions, about 200 artisans from all over the country meet in Cañada Rosquín, during the weekend of this national holiday. Also, the visiting public has accompanied the initiative with its presence.  Organizers estimate that nearly 20,000 people attend  the meeting attracted by the  quality  and variety of artisanal shows, dances, music and dance. Over the years, several musicians have passed through the city stage. The Duo Coplanacu, Roxana Carabajal, Duo Ympakto, Grounte de Nogales, Canto Rodado, La Hernández Boero, Diego Zalazar and his Set, Bruno Arias, Antonio Figueroa Trio, Nuevas Raíces and Los Majesticosos del Chamamé were, among others, who showed their art at the party. Clearly, we're talking about  a very folkloric encounter.

The congregated activities have expanded to the point that along with handicrafts, music, art and dance make up a colorful and festive setting of the city. In addition to the traditional gaucho walk through the streets of the village, there is  a Creole lunch, a large riderboard with four tropillas, the performance of various dance schools  “La Carreta” and the animation of regional comedians.

The closing of the party is in charge of the municipal authorities and the center “La Carreta”. There is  an invitation to all those present to meet next year in the same commune . Also, while the speakers are on the stage, down the contestants taste typical dishes and  drinks  , waiting to return to their places of origin in the hope of returning the following year.