It would be a historical fact. Only on 2 occasions it has not been performed. But, by 2021, the National Harvest Festival is in doubt, because of the coronavirus. 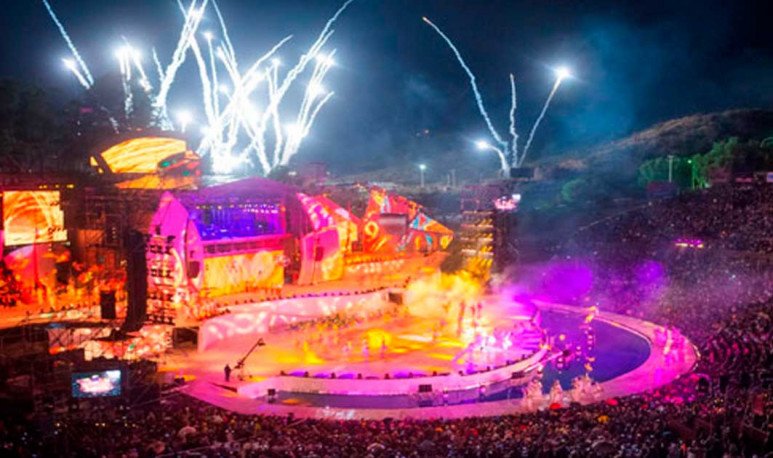 The National Harvest Festival is the show par excellence of all Mendoza. It's the most traditional holiday of all. Therefore,  since 1936 it has been held every year, on an uninterrupted basis, with two exceptions.  Even in times of severe economic crisis, such as the late 1980s or 2001, Harvest has always been celebrated. However, for next year, the situation that arises is unprecedented. A pandemic that has literally immobilized the whole world has become a threat to stalking to make the National Harvest Festival impossible.

He hit on the stick

The  2020 edition  of the National Harvest Festival reached the fair. On  Saturday 7 March the central event took place, and on March 8 and 9 the repetitions were made.  While quarantine was declared a week later in our province.

Although in principle many cases were expected to be recorded from the 20,000 people who concentrated in the grandstands of the  Greek theater Frank Romero Day ,  the numbers marked the opposite and, despite at the arrival of thousands of tourists, at the beginning of the pandemic there were no positive.

It is important  to note that last year, thecompetition was called for the script and the realization of the National Harvest Festival in June, no later than July, so that at this time the party responsible and his work team were already known, which allowed start with calls for bidding for the different areas.

That is why it is considered that we are already against the time in terms of time. It is that, in Mendoza, the Harvest air is breathed throughout the year. And  at this time it is already beginning to talk about the director, the script, the theme, the actors, the rehearsals, the music and everything inherent in the celebration.

The governor and company have confirmed absolutely nothing so far. Although everyone admits that we are out of deadlines and that, if held,  the National Harvest Festival 2021 should be carried out with half of the people usually affected, that is, with 500 people.  The same for viewers, which, usually, are more than 20 thousand, but which, in this case, should be, at most, half.

On the other hand, calling for competition for scripts and starting preparations involves a significant expense that, from the Government, they are not willing to make. Even less thinking that  much of the budget is being allocated to the health emergency by   COVID-19 .

One of the options that artists have proposed is that you can perform a show that is recorded and then broadcast on television.

To date, the National Harvest Festival has been suspended twice. The first, in 1956, within the framework of the self-called civic-military dictatorship Libertadora Revolution. For that reason, it was decided to suspend the harvest celebrations and the candidate elected in 1955, Nélida Rotti, held office for two periods.

The second time was in 1985, after the earthquake that struck the province on 26 January of that year. The damage was so significant that the authorities decided to cancel it definitively.

Again, the queen of the previous year was to exercise her role for two periods, but the peculiarity of that year was that the woman who became Queen Nacional in 1984 renounced the crown to marry, so, by decree, Governor Santiago Felipe Llaver appointed her viceroreina, Monica Tous, as Queen of the Harvest of 1985.

Coincidentally Tous is  Mayra 's aunt, who was elected this year and who could run with the same luck in case the Harvest 2021 is suspended.