From all over the world we go to the Sagra Nacional de la Gra in Colonia Caroya. If it's about wine... we're going crazy! 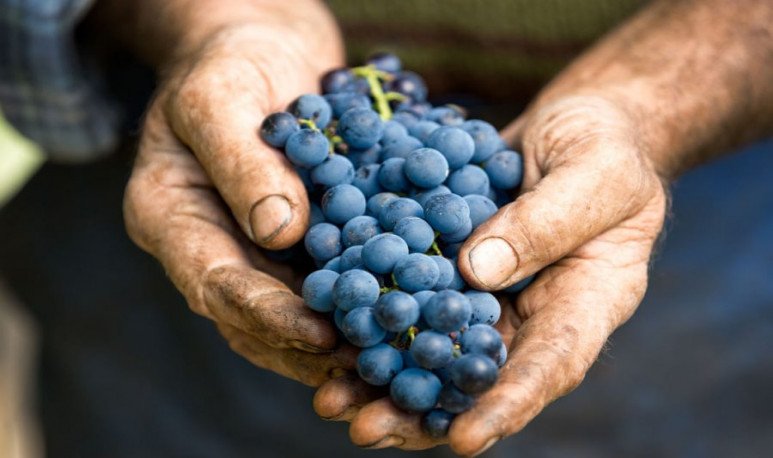 The Caroian Cordobeses  are a machine to venerate grapes and wine. That is why this year they brought together the  three celebrations  that are tradition in a single weekend. On March 13, the   Provincial Festival of Harvest  is held, one day later the  National Festival of Fruit Horticulture will be held. And on Sunday, March 15,  the Sagra Nacional de la Gra . This 2020 brings the 38th edition of this celebration, which makes this event a Cordovan tradition  of pure strain.

This event is organized by the   Friulano Center in Colonia Caroya  , which turned this meeting into an icon of Cologne. The festival's date always coincides with the city's anniversary week. That's why it's  a yapa celebration.

La Sagra Nacional de la Uva consists of a  lunch on the main avenue  of the city. It is under the shade of bananas that families and groups of friends come together  to share.  The delicacies served are typical dishes of the area. Meanwhile, on stage, dances and musical shows are presented. This year there are many shows. Josefina Dominchin will sing the Argentine and Italian anthem. There will also be ensembles of Italian dances, Friulan music, cumbias to dance and comedians. About  300 planks and three thousand chairs are installed on this wide main street, where people settle and carry their own food. Or, too, they buy   regional meals   at the authorized stalls.

In this edition will also be  the famous Wine Tread , with which an unforgettable patero wine is made. In general, the ticket is around 100 pesos, pensioners always have a discount and children under 12 do not pay.

This tradition is highly related to  our Italian origins.  Immigrants from all parts of Italy, but especially from the Friuli region, went to the present city of Cologne Caroya. It was in the middle of the nineteenth century that the lands were filled with  Friulan customs,  which soon became Argentine and, later, Cordoba. Today, La Sagra Nacional de la Uva is the  festive heart of the Caroian village.

Since 1979, Casa Friuli has been organising this event. This feast starts from a series of celebrations  in honor of Our Lady , which were held pilgrimage through different villages. This pilgrimage had a break at noon, where the lunch called “sagra” was held. The event stretched until sunset and included dances and songs. In 1989, a  national event was consecrated. Today, due to historical changes and the updating of customs, it continues to celebrate in a different way. However, the end remains the same:  uniting the family and celebrating.  Bless and thank our  ancestral forces.  Venerate the entire families of immigrants who came to our lands looking for a new life opportunity. And  maintain Italian traditions , customs and culture.