The National Cotton Festival honors cotton workers in a unique event in the town of Sáenz Peña. 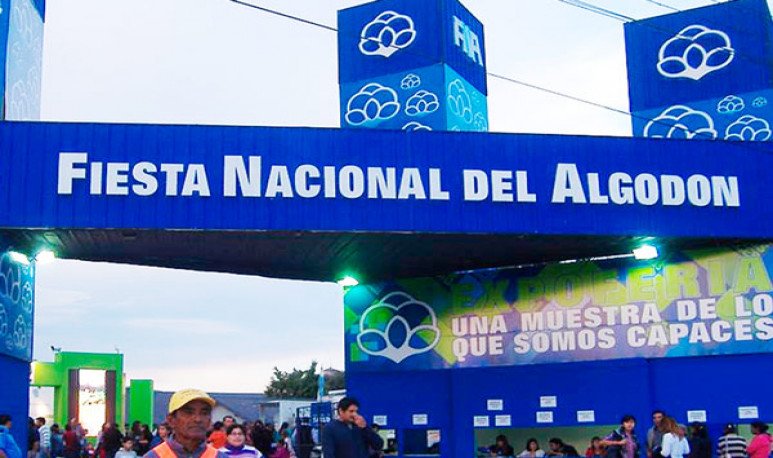 The National Cotton Festival  is celebrated as every year at the fair grounds in the Monsignor de Carlo neighborhood, in the locality of Presidencia Roque Sáenz Peña  , in the province of  Chaco . The event brings together thousands of  visitors  from various parts of the country, who enjoy a unique show. The main activities carried out are performances by established musicians at the national and provincial levels, an agro-industrial exhibition of great interest to the commercial and institutional sector. Visitors can visit the different booths of companies in the agricultural sector, as well as services and trade. In addition, they provide information from the Housing Institute, the Ministry of Production, Anses, among others.

The most outstanding activity is the exhibition of the development of  cotton cultivation.In this tent you can see the new technologies applied in the sector, a sample of the new machinery used daily and a stand for small jobs   producers, For example, in 2018, the Experimental Sáenz Peña of INTA exhibited a work stand under the theme of family agriculture, highlighting the achievements achieved in the history of genetic improvement of the crop in the last 60 years since 1958, and also a sample of work carried out by the cotton research team, through the different disciplines that compose it.

In this line, with regard to forestry, the Experimental presented the thematic axes on which research and extension work is carried out, such as afforestation and forest management of pruning, thrusting and native forest management.Where, in addition, they offered didactic samples and posters with detailed information. Along with this tent, the Beekeeping Producers Association of the Chaqueño department of Comandante Fernández, presented samples of honey, mead, and promotion of the organization.

It should be noted that, thanks to its efficient call,  the National Cotton Festival  has gained prominence over the years.Such is the case that its twenty-fourth edition was broadcast live on Public Television.

As every year, this event offers recitals for all tastes, for example, on its stage celebrated groups such as Miranda, Los Tekis, Los Manseros Santiagueños, among others. At the same time, the organization is committed to positioning a special space for its local musicians, and that is why artists from the region are invited to be part of this event, where in each edition more musicians from Sáenz Peña are added.

Another activity that takes place in this festival is the choice of  the National Cotton Queen .Previously, the  festival  organizers a pre-selection of a group of women candidates who submit for the contest, and then a group of women is selected and, near the end of the event, one of them. The chosen candidate is consecrated as the queen of the festival.

In this way, in Presidency Roque Sáenz Peña, or better known as Sáenz Peña, the National Cotton Festival is celebrated every year. It should be remembered that this town is the second most populous in the province of Chaco, and has very valuable treasures, since this site has healing hot springs that were considered scientifically efficient for people. For this reason, this place has become one of the most visited by tourists, added to the great call made by the organization of the cotton event.

This festival also brings together a wide variety of gastronomic proposals, including handicrafts, choreographies, conferences, artistic proposals from the village, entrepreneurs, exhibitors, agricultural machinery stand, and a range of local and national artists who are called for this meeting popular, which makes it unforgettable. Let us remember that, in the last editions of this show, more than 50,000 people participated, making it a success.

In this way, under the motto “Los Chaco sow cotton, we reap fashion”, the National Cotton Festival in Sáenz Peña aims to make the cotton production of Chaco and the region visible to all its visitors.