Home Argentine Traditions The national capital of youth and spring 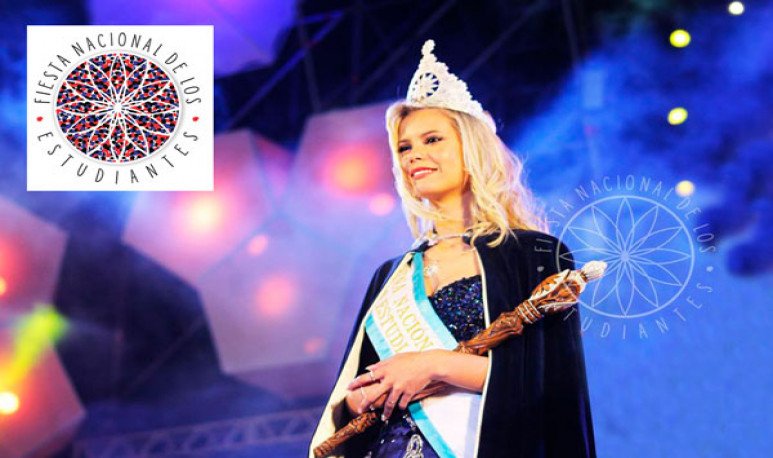 Every year, during the month of September, the  province of Jujuy  is dyed with a youthful air that celebrates students from all over the country. Spring is undoubtedly one of the  most awaited moments  for all Jujuy people along with the  National Student Festival.  A  tradition  that has grown year after year and summons hundreds of young people from all over the  Argentina.  The event offers parade of floats, musical shows and the traditional  National Queen's Election , as well as sports activities and the holding  of a Youth Congress for academic purposes.

Yes, all this takes place for a single month, although young people prepare throughout the year to carry their floats and exhibit their works.  It's not about the prize, but about the applause , the real recognition of the bodybuilders is in the audience who see during the night those impressive iron constructions covered with flowers and bathed with lights. Children, parents, curious people come to the Jujuña capital to see the chassis turned into  carriages, floats or technical floats . These three categories compete and are  performed by students from all schools and technical schools in the province.

For some years, the main parade was held on  Córdoba Avenue, but it moved to the  Cultural City , a space created not long ago, which is located in the Alto Padilla neighborhood.Traditionally it is decorated with different drawings and graffiti performed by the boys on the street, which is known as  “La Pintada”.  As every year is remarkable the effort of young people to excel and pay tribute to the entire student community in their month.

One of the biggest attractions is undoubtedly the  National Student Queen's Election, where the young woman who will represent the country until the next edition is chosen. In Jujuy everything starts in each school, then they pass to the departmental, provincial and finally the national body with women candidates from all over the country.

The event is the culmination of the entire  Festival  and takes place in an impressive ceremony, where different renowned singers are invited in an impressive display that includes  dancers, performances and the young participants . The coronation is done at the end with the presence of the  highest authorities of the province,  who deliver, in addition to the scepter, the cape, different gifts. Famous queens were  Daniela Cardone  (1979), the model  Pampita  (1994) and  Jorgelina Airaldi  (2001), among others.

However, for some years, the  feminist collective  of the province has demanded that the beauty contest be eliminated and that the holiday adapt to  new social logics  and generational advances.

The origins of this festival date back to 1952, however, it took 20 years for the national government to decide to appoint San Salvador de Jujuy as the venue for the  National Student Festival  . From that moment on, an important dissemination began that grows unstoppably, as did the  creativity of its participants making floats increasingly complex and eye-catching.

Students start from early months to prepare their floats, spend hours and hours of hard work, spend sleepless days on the canchons to take care of all the details. During the days of the celebration,  each school accompanies its candidate , encourages its bodybuilders and enjoy the last years of high school honoring the purest of the  student spirit.

To all immigrant brothers who want to inhabit Argentine soil