Home Argentine Traditions The National Agriculture Festival will be virtual

For the first time in history, the big agriculture event organized by the city of Esperanza will be online. 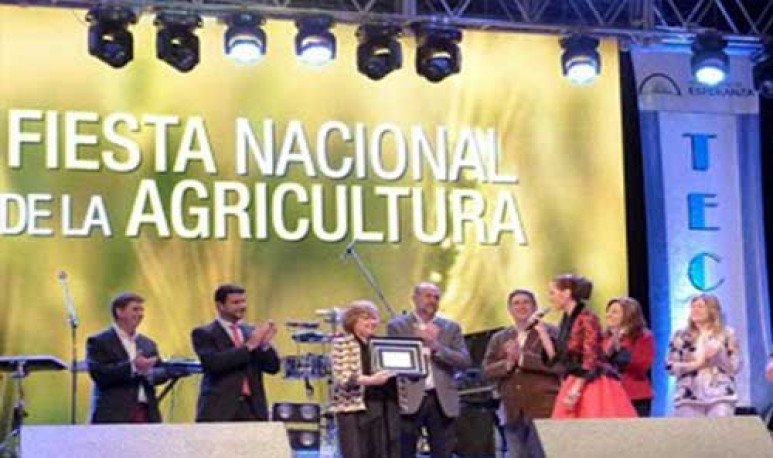 The circumstances that changed the whole world so much in 2020 led the beautiful city of  Esperanza  to make an unprecedented decision. For the first time, its main event, which  summons tens of thousands every year , will be held in virtual mode. We're talking about  the traditional National Fest  of Agriculture.

The mayor Ana Meiners and the secretary of municipal culture, Adriana Robledo,  presented in society to this new edition number 76 . The leaders anticipated that, despite the distance involved in the modality, the event will not fail to have all the condiments of a great national holiday. That is to say that there will be competitions, live performances, election of Queen and presentations of local and regional ventures.  The celebration will be broadcast via streaming  from the Salón Blanco, the emblem setting of this town. The idea of the organizers is that the party looks like it has always been: from a stage. But, this time, through a screen.

In principle,  it is planned to broadcast the holiday on Saturday 12 September . But, in this regard, the hopeful authorities claim that they want to be very cautious about how  coronavirus  infections progress up to that date.

One of the biggest challenges will be to adapt content to a short program of no more than three hours online.

Host of many national, provincial and regional festivals,  Esperanza was always a pioneer in major events . Once again, on this occasion it may be those who set the course.  Other national holidays were not yet transcended under virtual mode.

Normally, the agricultural festival lasts three days, in the first half of September. It aims to pay tribute to local farmers and workers in agriculture and to  claim the work culture of the first settlers  of the city of Esperanza.

Linked to the history of the country's first organized agricultural colony, back in 1856, this celebration invites us to share today the  spirit  of progress and effort of those immigrants with premier singing and dance shows, artistic shows, gastronomic proposals and an important agricultural exhibition  involving producers from different parts of the country.

The traditional exhibition of the sector includes the exhibition of specialized machinery, seminars and training days in which we discuss the problems of the sector and the  new technological advances and trends that arise in the world  of agriculture.

The event, which has been held uninterruptedly in Esperanza since 1944, won the category of National Holiday in 1979 as a recognition of the work of its first settlers and those of their descendants, who from generation to generation have been  transmitting until today the values that have been transmitted to this day constitute the fundamental link for the construction, development, rooting and growth of a nation.

In parallel with the celebration, September 8 commemorates Farmers' Day, so liturgical and commemorative events are held in various sectors of the city.  This is a tribute to the history of Esperanza and to the immigrants  who since its inception worked on agriculture, and also a tribute to the day of the birth of the  Virgin Mary.