It is one of the most important sports institutions in Mendoza. In this club, outstanding athletes have walked their halls in their more than 100 years of life. 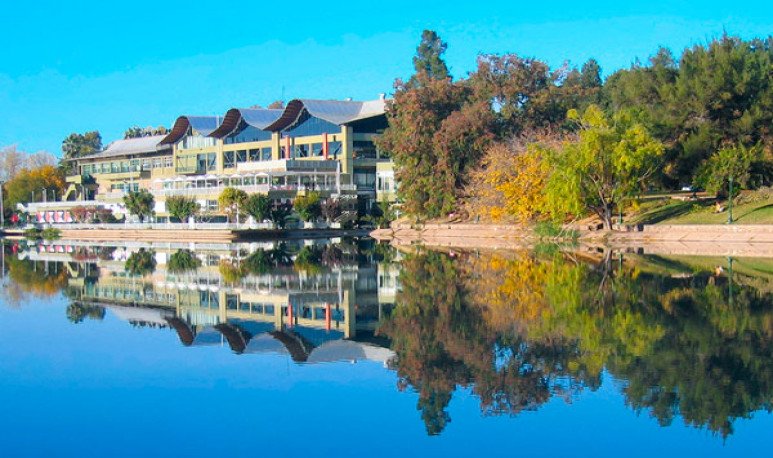 Club Mendoza de Regatas is a  historic institution in the province of Mendoza . It has  more than 100 years of history , settling in the collective consideration of Mendoza. Its organization, operation, diversity of disciplines, and other characteristics have led the club to win the respect and prestige it exhibits today. Today, Regatas, as we know it here, is a reference within the  San Martín General Park . Its new infrastructure powers any postcard that a tourist takes from our province.

On November 17, 1909 ,  Emilio Civit , a man who held great public recognition, founded the Mendoza Regatas Club. The first partners  were English from the BAP railway (Buenos Aires to the Pacific)  and the income fee was five pesos. The total number of members, 30. The headquarters was located where it does so to this day, the heart of the Park.

Two  rooms with ground floor, toilets, the legendary reinforced concrete stands, the hanging terraces and two other areas that served as a gym, canteen and housing, formed, at that time, its wealth of building.  Soon after, steel and cement began to arrive from Europe in huge quantities, to achieve the curved roof and the building characteristics so typical of this construction.

20 years after its founding, the  Club was expanded with the occupation of a land located in front of the headquarters.  There began basketball practices on a ripious floor, demarcated west of the Spanish Prado. Tennis and Fencing joined Basketball Rowing and Swimming in 1934. Regatas had 589 members. 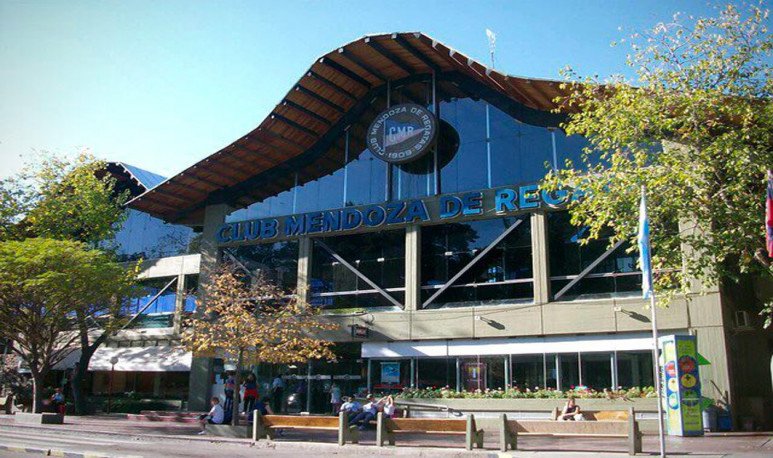 The number of members did not stop growing over the years.  In 1984 the Gymnasium No. 4 (for all gymnasiums and non-federative activities) and the Central Corps of the building were added. There were five levels that amalgamated the entrance hall, several sanitary complexes, changing rooms, offices, the Presidential Hall and, in 1996, the modern gymnasium for the practice of Artistic Gymnastics , with all the latest elements that make up this excellent sports discipline. In addition, as part of the permanent works plan, aimed at completing and optimizing the venue, were added changing rooms and toilets for ladies, Turkish baths, sauna, as well as numerous minor works, but of real importance. Thus, Regatas acquired its current and impressive physiognomy, where he modernized various sectors, including the Library, Sports Coordination and the remodeling of the indoor pool.

There  are 37 branches that make up the sports, recreational and social spectrum. Eleven classes of gyms are taught, in which the main protagonist is the woman. In addition, it offers a range of services such as hairdressing for ladies and gentlemen, doctor's office, kinesiologist, podiatry, sports garden, camping, restaurant, sports boutique, Regatasmagazine, etc.

At the headquarters of Parque Gral. San Martín, it was impossible to continue growing. That is why, taking advantage of the proposal of the Spanish investor group, SALVAGO, the Mendoza Regatas Club founded a green space,  with camping and swimming pool, ideal to enjoy in summer. It is located in the department of Maipú, in a privileged location. The complex is called “El Torreón”.

While another of its headquarters is located in the  El Carrizal dam. It is located, since 1983, on the banks of the reservoir, in the Carrizal de Abajo District, Department of Luján de Cuyo and occupies 10 hectares framed by a profuse grove and spacious meadows, worked with a lot of effort in inhospitable semi-desert area.  The Mendoza Regatas Club has one of the best locations in the perilago del Carrizal Dique,  and is a very nice option to enjoy with family, during and on weekends all year round.

The Mendoza Regatas Club is currently the most important Sports and Social institution in Mendoza. Its prestige exceeds the limits of our province, to reach borders nationally and internationally. Its impeccable trajectory, in all bright lights, has been marked and underpinned by the tenacity and unlimited delivery of many partners who, with love and work, were magnifying it until reaching the magnificent profiles that today distinguish it as the  Club  that offers more activities to the member.