Home Argentine Traditions The most traditional holiday there may be

The Provincial Festival of Gaucho is coming in San Martín de las Escobas (Santa Fe). Riders, peñas, roast with leather... can there be something more traditional? 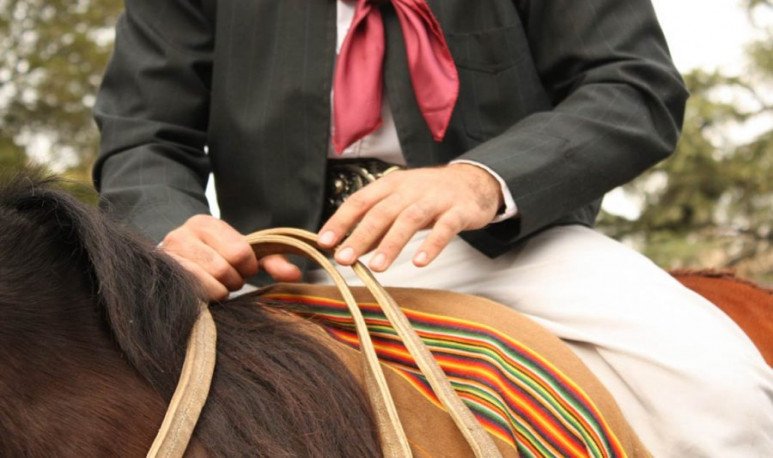 On Saturday 14 and Sunday 15 March will be held in San Martín de las Escobas, Santa Fe, the traditional Provincial Festival of  Gaucho . This is the quintessentialday in this small town. The whole village works for months to receive, during a weekend, thousands of visitors from the province and the region.

The festival comprises a typical gathering of riderings and folklore. Numerous tropillas and top artists participate. On this occasion, Cacho Buenaventura, Coti Hernández, Los Angeles del Chamamé and Miguel Figueroa will arrive, along with other regional musicians. In addition, roasts are made with leather, raffles and a surprise gold brooch.

The organization charges a very popular $300 ticket, so that the event is, really,  for the whole family . The appointment is on the premises of the Asociación Mutual General San Martin.

San Martín de las Escobas, home of the traditional meeting, is at kilometer 152 of national route 154. It is about 180 km from Rosario and about 100 from Santa Fe. With its quiet pace of life and the cordiality of its people, the village is located in the center-west of the province of Santa Fe. It is the head of the communal district of the same name, with a population of three thousand inhabitants. Its local industry is engaged in  dairy and agricultural production.

In San Martin, productive activities, sports clubs can change and even move their inhabitants. What  is not negotiated is their zeal for traditions , which manifests itself with greatness in its spectacular Fiesta del Gaucho. Visiting San Martin in this traditional festival  is to live all the history and culture  of Gauchesca in a single weekend. 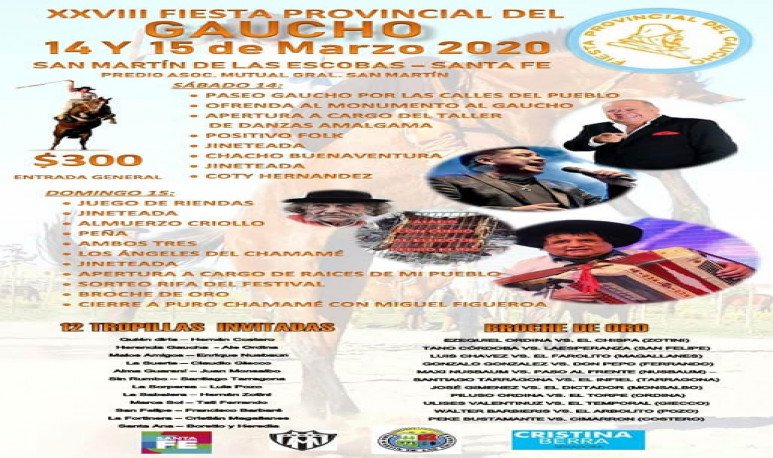