Home Argentine Traditions The most famous poncho in Cordoba

We tell you the story of the most famous poncho in Cordoba. The garment that became a relic and is miraculous. Do you want to know why? 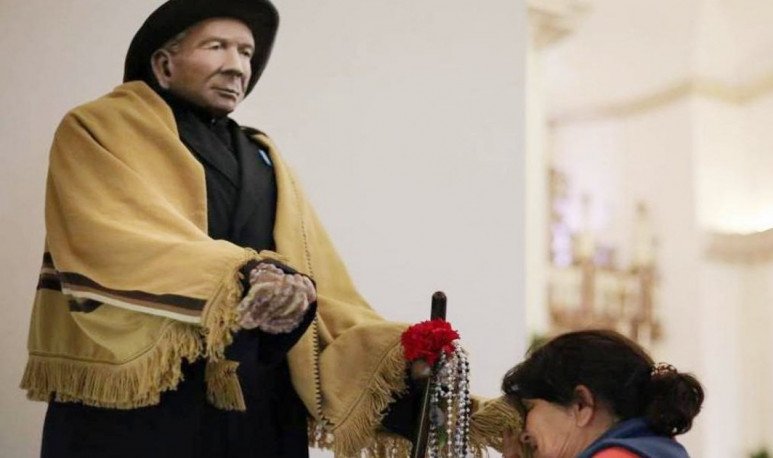 Poncho is one of the most traditional garments  that Argentines wear, not only on the body, but also on the heart. This garment has its origins in different  native cultures. Each province gave it its own identity mark, honoring the  federalism of our lands .  In Argentina, when winter comes, it is very common to see grandmothers and mothers dusting their knitting needles and fraying whole balls  to knit ponchos. It's just that, this season of the year ,  it's the most chosen outfit .

The use of the poncho is very common in Argentina, which is why the fact of keeping this significant garment was consolidated  as a custom  . Especially when it comes to a  recognized personality. The characters of our story will always be remembered and revered through their ponchos .  That is why we talk about the concept of  “relic poncho” .

In the case of the province of Córdoba there is a poncho that is  unique and special . It is a  poncho with powers , which could even be beatified, since it was the one that  belonged to the most important Saint of these lands. It is theponcho of the  Holy Cura Brochero , a relic that even after several years is still related to miracles .

The case of the poncho relic of the Cura Brochero is  one of the most famous in Córdoba.He traveled through many provinces, visiting the different followers of the Saint .  This garment functions as a representation of the presence of the priest, which often causes  prayers, prayers and thanks to him. It is that, over time, the poncho became the symbol of the  unwavering faith of the Argentine people. The Saint of Cordoba José Gabriel del Rosario Brochero, now remembered through the garment .  This reference of the popular culture of Cordoba and Argentina lives through its poncho and our memories.

On one occasion this relic poncho was sent from Córdoba to the province of San Juan. Since, in this neighboring province, the  group  Amigos de Brochero   emerged and came to have many faithful. That is why  the visit of this symbol of faith  and religion was very significant, as was the contact between the two provinces. As the saying says, faith moves mountains. And, in this case, he brought together  faithful from all over the country.

From the Sanjuanina group, we work on different solidarity campaigns in various missions. The aim is to spread the history and life of the priest.  “ We want people to know that Brochero was well Argentine, he had our customs and for that we use social networks. We are learning along the way because there are demonstrations of it all over the country. In the south, in Corrientes, Tierra del Fuego, etc.” , members assure the media. So Brochero's poncho traveled to San Juan and acquired new meanings.

The  poncho  is not just a garment that protects us from the cold. In its models and varieties, it keeps a part of our history. That is why it is said to be  a kind of national seal . In the different corners of Argentina, this garment is made with  varied raw material . Everything depends on  the area and the natural and historical resources  of the place. Therefore, in each process of assembling a poncho,  thousands of secrets and curiosities are contained . In Argentine history, ponchos were woven by “ women to their loved ones to protect them during  the wars of independence .” In turn ,  “it is an indissociable image to the figure of the Argentine gaucho”, an icon of our popular culture.

With the passage of time and the facilitations of technology, the poncho went from an artisanal garment to an  industrialized garment . So, it came to the large catwalks, and today it is worn as a  fashionable garment.