Home Argentine Traditions The month of the Pachamama

On August 1, Pachamama Day was celebrated, a tribute to Mother Earth that is passed on from generation to generation. 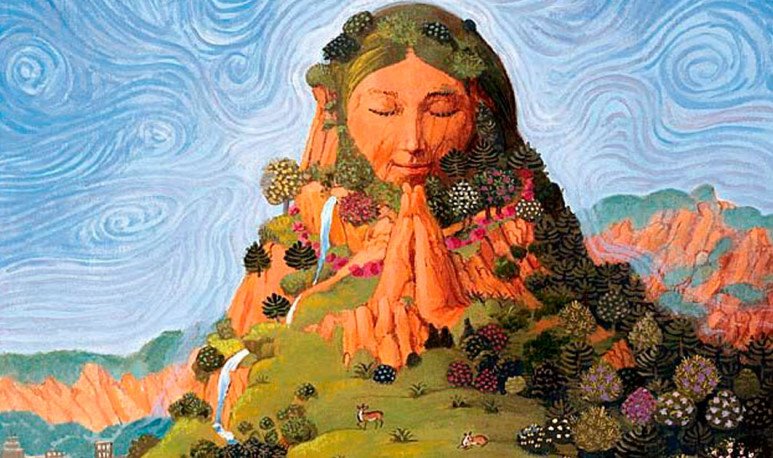 Throughout August the  Pachamama is celebrated which, in Quechua, means “universe”, “world”, “earth”. It is an  Andean belief  that venerates nature and forms part of the culture and tradition of the  native peoples of Latin America  . The event consists of honoring  Mother Earth  and represents the identity of the aboriginal communities in the region. In our country it extends from Jujuy to the Puna Salteña, Tucumán and Catamarca.

The ceremony claims ties with land and ancestors, and ways of celebrating vary by region. The centuries-old custom begins on August 1 with rituals and offerings that are performed in the spirit of  returning to earth what has been taken from it.  Honoring Pachamama means recognizing it as a life-generating tradition and is a tradition that has been extending for hundreds of years by native communities that existed even before today's borders.

In some areas, ceremonies are presided over by Andean priests or respected people within the community, here they resonate couplets that evoke gratitude for work, health, animals and crops.In homes offerings are made, the earth is fed, and the  harvestering is done that serves to eliminate bad energies and start a new cycle. This cleaning extends to loved objects or close people. For those who believe in Pachamama, it is about renewing and starting new projects asking for the  blessing and protection of the Earth . It is advisable to use the traditional herb muña muña or myrrh, although this may vary. For example, homemade sahumerios can be made with ruda, rosemary, sugar, yerba and orange.

The land can be fed on various offerings ranging from meals, coca leaves, alcohol, cigarettes and chicha (a typical regional drink) to wood or paper. A hole is made and gifts are deposited there. These must harbor a relationship with the desires and purposes that are asked of the Pachamama, this ritual is known as  Corpachada.

Another tradition during this day is to drink  cane with ruda as a  way to scare away evil spirits and attract good health. This medicinal boil should be taken on an empty stomach and portends a full and prolonged life because it strives people of bad luck. It is very good for the circulatory system, digestive system and is believed to work as a powerful deworming agent. The origins of this belief go back to the Guarni people who, in the face of the storms of winter, devised ways to counteract the negative forces of the season by making concoctions.

How Pachamama celebrates this year in Jujuy

In 2013, the Congress of the Nation declared Jujuy as the  “National Capital of the Pachamama”.  This is due to the importance of this celebration in Jujujuño territory. But this year the celebrations are held in a different setting. The province is going through a phase of strict social isolation due to the increase in cases of coronavirus that appeared in recent weeks.

Despite the pandemic, it is very important for Jujuy to honor the Pachamama and claim the ceremonies of appreciation. In this context, they asked the jujeños that the  ceremony be held in a private setting  and with a small number of people.