Mate is a national tradition. But every region or province has its way of taking it. Mate Mendoza is prepared for every taste. 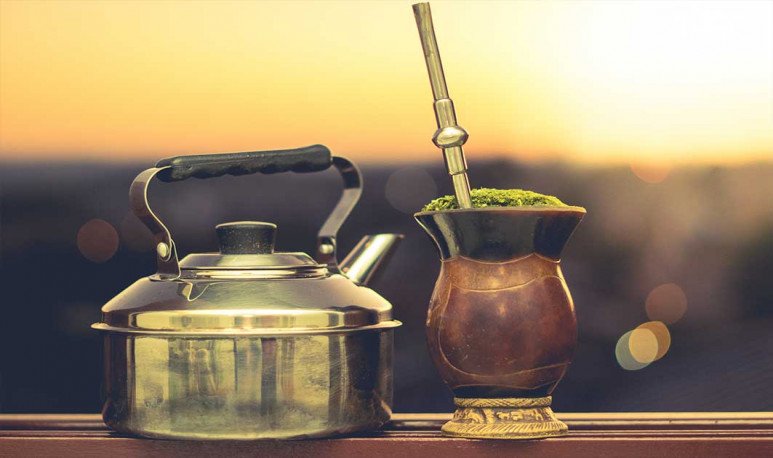 Mate. That word that defines us. That practice that unites us and narrows our relationships. That drink that energizes us. That element that can not be missing in a trip, however short it is.  Mate   is a factor by which  foreigners  can look at us in a rare way . A container with herbas inside which water is placed and, with a vacuum cleaner, the flavored water is sucked through the herbas. The truth is, seeing it from the outside, it has the whole appearance of a profane  ritual  . However, Argentines understand very well that this is our favorite breakfast or mid-afternoon. And in Mendoza we perceive it in the same way.  The mendocino mate is taken with friends and sometimes with yuyos typical of the area.

Mendocinos see mate as a medium or a channel through which we do another activity. We study, watch TV or chat with friends. Although  there are also the most fans who take mate as the main practice. Alone or with other people, the issue is to take mate. No matter if they chat or are watching television or any show, the topic is to take mate.

Mate Mendoza, in essence, does not differ much from the traditional mate that is taken throughout our country: a mate, yerba and bulb. The formula does not fail. However, as in each region, there are some idioms that make this drink unique in Mendoza.  As for the material for making the matte, there are many options, being the most commonly used wood, pumpkin and ceramics.

About the  bulb  is not too much to add, except that there are some wood, but, in general, they are metal. And finally, the most important thing: weed. It's the key.  Nothing changes the taste of mate like yerba itself . That is, for example, that the matte material does not dent its taste. A pumpkin or wooden matte will hardly give a different taste to our drink. Just like with the bulb. However, the subject is different with weed.

Yerba  can be  with stick or without stick , which will make the bitter taste more or less strong. On the other hand, yerba itself has its own characteristics, relating brands to flavors. Thus, some are prepared with orange peels or any other citrus.  Although, sometimes, you can buy a more neutral yerba and yourself place the husks of the fruits you want.

In addition to the fruit peels mentioned above, in the mendocino mate  is mixed with yerba a little native yuyos such as donkey, cedron or mint . Even, you have ever taken some mate with the typical jarilla of our beautiful mountain.  What you need to keep in mind is that the yuyos must be cut and allowed to dry before taking them in the mate . Thus, their taste will be more defined and it will be easier to grind the leaves into small pieces to better distribute them within the matte.

A group of researchers and fellows from Mendoza has managed to establish that taking mate reduces the percentages of cholesterol and triglycerides and are advancing studies to confirm the hypothesis that it helps decrease obesity and increases protection against prostate cancer. The study managed to show, for example, that obese patients who consumed mate had the lowest cholesterol than the rest.  We worked on 360 volunteers and incorporated mate into their daily diets for 3 months. They were able to show that the usual consumption of mate reduces cholesterol and triglyceride levels by 10% to 15%.

Is there a world fishing world? Yeah, and he's in Goya.