Home Argentine Traditions El Mate, the biggest thing there is! 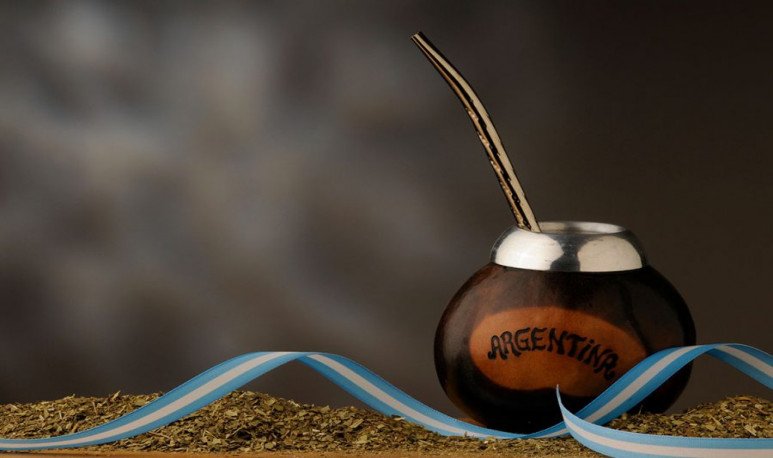 On November 30 is the date when we celebrate that unique infusionthat is present in more than 90 per cent of households in Argentina, which does so well, that it does not distinguish age, sex, social class, geographical area, which connects all Argentines in a very  particular. We celebrate  National Day of Mate .

The Mate is  “very ours ” since always; so ours that deservedly was established its Day by Law 27,117 and as a date was chosen on November 30 remembering the birth of Andr&Guacurarí y Artigas (year 1778), who ruled between 1811 and 1821 the Province Grande de las  Misiones , the territory of the Ilex Paraguariensis (yerba mate), then widely consumed and diffused by its physical and spiritual beneficial effects.

One of the most outstanding  features  of our National Infusion is its  versatility  and its   natural  food  condition with bené effectswhich year after year broadens the range of consumers even further, both in age and in areas chosen to enjoy the food.

But what does Mate mean for  Argentines ? The answers are contained in a qualified quantitative market research (*) conducted by the National Institute of Yerba Mate (INYM) through face-to-face surveys and Focus Groups across the country, which we summarize in the following lines:

It is a national symbol

Associated with culture, it is recognized as an identity trait of “argentinity”.

It is a symbol of our tradition and paradigmatic expression of our customs: “Mate is very ours.”

It represents a  tradition , a deep-rooted custom: it is associated with the hospitality of the country man, with the rural and gauchesque.

“It is a national icon, along with asado, tango, empanada and gaucho.”

It is the social infusion par excellence

It represents union and  sharing , helps socialize, facilitates the generation of bonds, lengthens the talk or promotes it, shortens distances, helps to intimate, disserve, informalize.

It works as an excuse for the meeting: “It's typical for you to say, are you coming to have some mattes?”.

It is transmitted by family inheritance

From parents to children, the habit is passed from  generation  to generation; for many parents it is proud that their children begin to take mate.

Children start taking when they see adults, and they see it as a game, they ask because it catches their attention.

“Now you're with the boys and you're saying, “You want a mate? It was like an adult thing before.”

Young people incorporate the consumption of mate during the last years of secondary school and when they enter the faculty.

Its  consumption  can occur in both ways with different meanings:
If consumption is individual, accompanies, it constitutes a palliative to loneliness while doing other tasks (such as watching TV, studying, cleaning the house). It's a hobby, entertain.

When we are with friends, couple, family, invite to talk, reflection, debate.“Shall we prepare some mattes?“It is an invitation to talk, to stay, to follow the conversation. It's a way of saying, “I want to be with you.”

It is present throughout the day

At breakfast, it is a rite to start the light day with energy, and before lunch is a break to calm anxiety or hunger.

To start the day: “Without a good mate, I do not boot”

During the day, it accompanies when performing various tasks, such as work, study, reading or other activity.

At the snack, it is a time of relaxation, the day begins to close. It works as a welcome gesture to the one who arrives at home from work.

Expected moment: “I'm happy when I get from work and they're waiting for me with a good mate”

At night, mate is present while using the computer or as a family desktop.

There is no doubt: Everything and everyone is in and with the  Mate , and the reason is very simple: in addition to being very rich, it does well.Versatile and companion of all hours, implicit the personal seal of each matero and this November 30, more Argentine than ever.

The  National Institute of Yerba Mate , launched a challenge by which he invited all the materos to discover why “Mate is the greatest thing there is.” The answers, which were shared by social networks will be unveiled during this weekend, at the  MATEAR Fair , held at the La Rural property.

Here I start to sing