We all know him, but what exactly do we know about Martín Fierro? Why was the political power erased from the content of the poem? 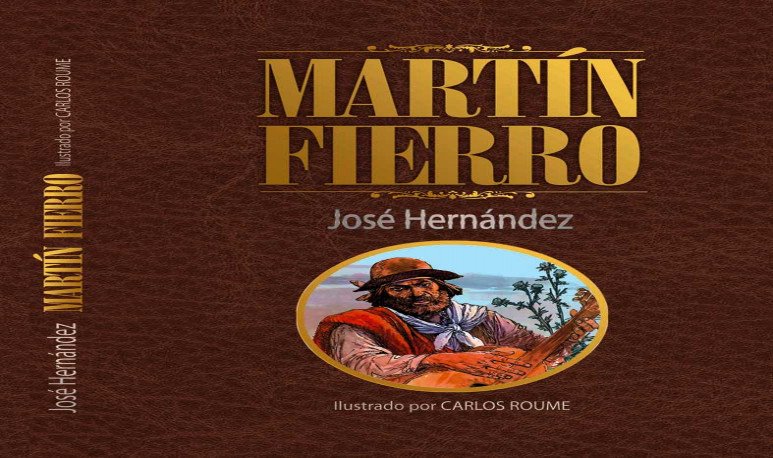 Almost any Argentine knows, at least by hearing,  gaucho  Martín Fierro, emblematic character in the poem of  Jose Hernandez . Many of us read it at school, most without understanding much and by obligation, exactly as no book should be read. Perhaps that is why, after the educational stage, it is not very common for us to return to one of the most important texts of national literature. So it occurred to me that this could be a good time not only to claim it but also try to convince you, dear reader, that it is an exceptional book and, above all, accessible and fun.

The first thing to say is that it is not really a book, but they are two:  El gaucho Martín Fierro  edited in 1872 (also known as “La ida”) and  La vuelta de Martín Fierro  , from 1879, better known as “La vuelta”. What was defined as “national poem” is actually “La ida”, although in the popular imaginary we have in mind passages from both books.

What is the poem about?

The argument of “La ida” is simple: Fierro is a  gaucho  who lives on changas (like almost all gauchos) to which the state forces him to move to a fort to stop the advent of the malones. In that transfer he loses his home, his belongings and, above all, his family. At a certain point, not receiving any kind of pay for his services (and even even starving: any match with  Falklands  is on behalf of the reader), he decides to defect from the army and return to his ranch. When he arrives, there's nothing. The woman, pushed by economic hardship, has decided to look for other horizons. This is how Fierro finds himself in a situation of illegality and loneliness and becomes, almost against his will, into a matrero.

The text is so fundamental in our history because, beyond the beauty contained in each of its pages, it is a concrete protest against the policy of Sarmiento (at that time President of the Republic) of forced recruitment of gauchos to force them to join the army.

Over time, Leopoldo Lugones defined the poem as “the national book of the Argentines” and awarded gaucho the role of genuine representative of the country, a kind of emblem of argentinity, gesture that remains in force: just a walk down Florida Street and see the souvenirs offered to foreign tourists. Thus, by a symbolic flush, the gaucho went from being an outlaw to become a national emblem.

To anyone who has not yet read (or has a bad memory) from this book translated into more than 70 languages (including Esperanto and Quichua), I recommend that you do so. They will come across a text of unmatched beauty and power.