Home Argentine Traditions The March of the Bombos, a tradition very santiagueña

Folklore is the best presentation letter of a santiagueño, and it is historical, so the March of the Bombos is his holiday. 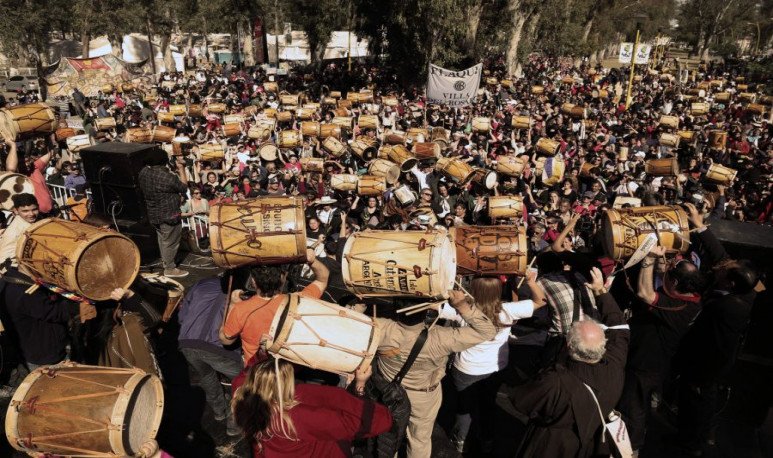 The founding of a city does not go unnoticed by anyone, and less for Santiagueños. Every July the province begins to live a different climate. It was founded on July 25 and we already know that the most identity cultural element for santiagueños is folklore. That is why, on these dates the traditional  Marcha de los Bombos is developed.

It is not a simple pilgrimage through the streets of the province, the March of the Bombos has a whole preparation. It's a holiday with a massive participation. The night before the celebrations, the folklore clubs hold a vigil. It starts in the yard of the “Indio” Froilán González, a well-known drums craftsman in Santiago.

The lagüeros drums are the most widely used: they are so called because they ensure that the sound they emit can be heard from leagues away. When the Bombos March takes its first steps, the streets of the province are filled with bombistas. The pace of the march is imposed by the chacarera.

The Bombos March not only takes place in the capital of  Santiago del Estero , it also reaches the city of La Banda. This is called “Cradle of Poets and Singers”.  Folklore  is the musical representation of santiagueña culture. That is why there are also acknowledgments and tributes to the saints of the people. The holiday is distributed in columns that travel in the direction of the four cardinal points.

The arrival point of the March of the Bombos is the San Francisco Park, a place prepared with an artisans fair and where a complete  artistic  program is always developed with lots of dance and  folklore . In this  festival , every santiagueño finds in the song “Añoranzas” a hymn that represents and presents them as the Mother of Cities.